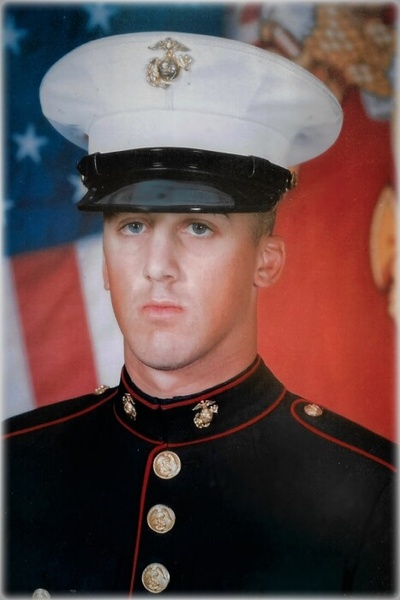 A devoted fiancé, son and brother, he was born in Concord, MA on August 6, 1984 to William Cadden, Jr. and Marilyn Selfridge.

He is survived by his fiancé, Armenui “Amy” Akopyan of Van Nuys, CA; his mother of Manchester NH; his father and step-mother, Justine Cadden of Billerica; his sisters Lacey Cadden of Manchester NH and Mckayla Cadden of Billerica; his brothers Andrew Cadden and his partner Nikki Dresser of Winchester, NH, Michael Cadden and Ian Cadden both of Billerica; his grandparents Ann and Robert Selfridge of St. Augustine, FL; six nieces and nephews; and many aunts and uncles. He was preceded in death by his grandparents Mildred and William “Sonny” Cadden, aunt Patricia Cadden-Blew, James McNeill, and Siranush Gevorkyan.

Billy proudly served his country at the United States Marine Corps Base Camp Lejeune and completed two tours in Iraq. His Marine associates became his extended family.  After the Military, Billy became a successful Barber practicing his trade in Boston then in Los Angeles at the Fresh and Flow Barbershop. He was a huge Boston Sports fan, supporting all the local teams.  Billy grew up in Townsend and Winchendon playing hockey in both the town’s youth organizations and then in high school.  These past few years he has spent time with his buddies playing in a street hockey league twice a week.  His teammates would comment on his slick moves and his scoring talents.

Billy loved to just walk around the city of Boston.  He and Amy enjoyed seeing the many sights and frequenting the restaurants in Beantown.

Billy’s happiness came from being with Amy, his true love. He was excited for their upcoming big Wedding day this August 7th in Las Vegas where the two loved to spend long weekends.  Billy could not wait to come back East where he and Amy were looking to purchase a new home.  He loved New England and loved being with his family.

A Mass of Christian Burial will be held at Immaculate Heart of Mary Church, 52 Spruce Street, Winchendon, on Tuesday, August 17, 2021 at 10 A.M. The Mass will be live streamed and may be viewed on the Stone-Ladeau Funeral home Facebook page https://www.facebook.com/Stone-Ladeau-Funeral-Home-103485175072409/ .

Please click here to view the video tribute
To order memorial trees or send flowers to the family in memory of William M. Cadden, please visit our flower store.