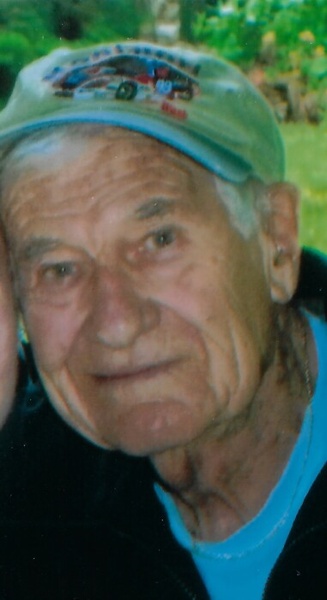 FITCHBURG - Wendell S. Collins, Sr., born November 17, 1926, passed away peacefully in his home on Friday, September 25, in Fitchburg MA.  Wendell was predeceased by his wife of 71 years, Jean H. Canedy, in 2018, where they lived in the Fitchburg area for more than 70 years.

Wendell was born in Springfield MA to parents Earl P. Collins and Mary E. Sumner.  Due to his mother’s premature death, he grew up in Halifax VT with his maternal grandparents until he entered high school in Brattleboro VT where he lived with his father until entering the U.S. Navy at 17 years on November 19, 1943, during WWII.

Married in 1946, he and Jean relocated from Vermont to Fitchburg MA in 1948 to work on his uncles’ newly-established Arn-How Farm, and was employed in 1954 as a papermaker by Crocker-Burbank Paper Company (later named Weyerhaeuser and then James River) from which he retired in 1988.  He also worked a part-time job for many years delivering oil at Montuori’s in Fitchburg.

Wendell and Jean also enjoyed their second property which they purchased in 1984 and called their “home away from home” in Halifax VT where they enjoyed entertaining friends and family.

Survived by his family of six children:  Mary Jean C. Cashman of Fort Mill SC; Donna C. Randolph and her husband, Todd, of Windsor SC; Dana L. Collins and his wife, Debra, of Ft. Wayne IN; Wendell S. Collins, Jr. and his wife, Julie, of Pella IA; Scott D. Collins and his wife, Katherine, of Lunenburg MA; and Sheri C. Whitcomb and her husband, David, of Orange MA.  He also leaves behind 12 grandchildren and 10 great grandchildren, a sister, Avis Bettis of Keene NH, and many members of a very large extended family.  He was predeceased by his brother, Sherwin Collins, sister Marilyn Collins Roy, and grandson, Christopher T. Cashman.

For Wendell, family was of utmost importance, and he had many cherished friends.  “Never had a bad day in my life” was his motto for his love of life.

Due to the COVID Pandemic, a private funeral service will be held by invitation only; but we invite you to watch the funeral service on the Stone-Ladeau Funeral Home website at https://webcasts.lifetributes.com/1092949 .  You can also leave a memory or remarks.

Memorial donations may be made to the VetAssist Program,  11861 Westline Industrial Drive, Suite 750, St. Louis, Missouri 63146.

Please click here to view the video tribute
To order memorial trees or send flowers to the family in memory of Wendell S. Collins Sr., please visit our flower store.