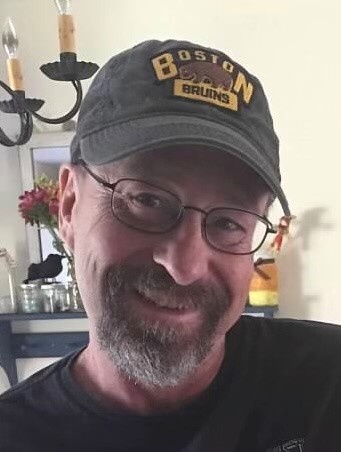 Gardner-Steven Tauno Aalto, 58, died Sunday, March 20, 2022 at his home after a battle with cancer which he faced with courage and Sisu. He leaves his wife, Louise I (Boudreau) Aalto; they would have celebrated their 39th wedding anniversary on March 26. He also leaves his two daughters, Alise Aalto-Fiedler and her husband Steven Fiedler of South Hadley and Jill Aalto of Warwick, RI; two grandchildren, Ethan Joseph Fiedler and Cora Adeline Fiedler both of South Hadley; one brother, Peter Aalto and his wife Peggy of Hubbardston; four sisters, Kathy Bogaard and her husband Hugo of Hubbardston, Laurie Drouin and her husband Thomas of Winchendon, Karen Lesneski and her husband Dave of Gardner and Sandy Sisco and her husband Tom of Hubbardston and many nieces and nephews. Steven is predeceased by his infant son, Eric Hjalmar Aalto; a sister, Penny Marie Aalto and his beloved godson, Samuel Thomas Sisco.

He was born in Gardner on April 12, 1963 the son of the late Tauno Hjalmar and Joan Edith (Dora) Aalto, the youngest of their seven children. He took pride in his Finnish heritage. He was a 1981 graduate of Quabbin Regional High School in Barre; he was on the wrestling team for 4 years and was a State Championship finalist. He proudly served in the US Navy as a MM3 aboard two submarines; the USS Skipjack SSN 585 and USS Will Rogers SSBN 659. He started his career as an auxiliary police officer with the Hubbardston Police Department and then worked for the Boston and Maine Railroad as a police officer. He was a member of the Gardner VFW.

Steven truly appreciated nature and the outdoors; fishing, gardening, hunting, and caring for his apple trees were his favorite hobbies. He loved watching birds and built many bluebird nesting boxes to help establish a local population. He enjoyed sharing his knowledge of nature with his daughters and grandchildren. He especially enjoyed going for walks and cross country skiing with his wife on his family farm in Hubbardston. He also had a passion for cooking, sharing many recipes with his family and teaching them how to properly care for cooking knives. He had a passion for ice hockey, watching and attending many Boston Bruins games, playing pond hockey and watching his children and grandchildren learn to skate on his backyard pond.  He adored his German Shepherds, “The Swiss Army Knife of Dogs”. He dedicated many hours to his daughters’ participation in swimming and softball. He loved taking his grandchildren on tractor rides. A graveside service will be held in Brookside Cemetery, (Rt 68) Worcester Road, Hubbardston, MA. at 11:00 am on April 30, 2022.

In lieu of flowers, memorial contributions can be made to Hasbro Children’s Hospital in Providence, RI.

To leave an online condolence or view the video tribute for Steven please visit our website at www.stone-ladeau.com. The Stone Ladeau Funeral Home, 343 Central Street, Winchendon, MA 01475 has been entrusted with Steven’s funeral arrangements.

Please click here to view the video tribute
To order memorial trees or send flowers to the family in memory of Steven Aalto, please visit our flower store.