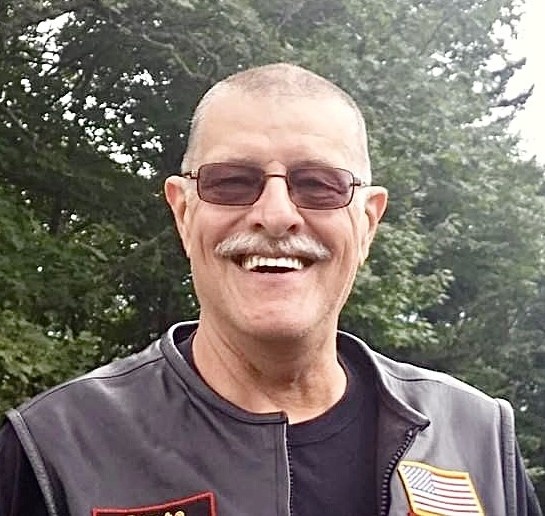 He was born in Winchendon on December 22, 1951, son of the late Paul A. and Rita M. (Jones) Lafrennie and was a lifelong resident of Winchendon.  Steve was a 1969 graduate of Murdock high School, where he played basketball, baseball and football.  He later attended classes on fire technology at Mt. Wachusett Community College.

Steve had worked in quality control at Modern Dispersions in Leominster for many years.

Steve was an avid motorcyclist and was a member of the Knights of the Inferno, Ironside Chapter.  He was also a member of Eugene M. Connor Post Sons of the American Legion.  He loved his family, his dog Cappy and had volunteered at church suppers at the Unitarian Universalist Church and Immaculate Heart of Mary.

Burial will be private at a later date.

Memorial donations may be made in his name to Scholarship Fund of Knights of the Inferno, Ironside Chapter, PO Box 366, Winchendon, MA 01475 (Please make check out to Dennis Landry).

Please click here to view the video tribute
To order memorial trees or send flowers to the family in memory of Stephen P. Lafrennie, please visit our flower store.