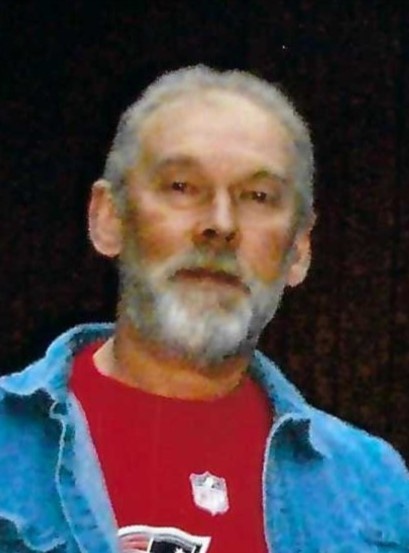 He was born in Gardner on September 19, 1957, son of the late Rodney E. and Nancy A. (Cormier) Hill and grew up in Templeton, graduating with the Narragansett Regional High School Class of 1975.  Steve lived in Gardner for the last 8 years, after living previously in Orange.

Steve worked many years ago at the former Templeton Lunch and then worked in the 1980’s at the former Collier Keyworth Company.  Until his retirement three years ago, Steve had worked at Templeton Developmental Center for 28 years as a shift supervisor and direct support worker.

Steve was a passionate fan of all the Boston sports teams, the Red Sox, Celtics and Bruins, but especially loved the New York Football Giants and the New England Patriots.  He enjoyed listening to music and was particularly a fan of the Grateful Dead.  Proud of his Finnish heritage, he loved and enjoyed spending time with his family.  He loved camping and the ocean, particularly Wells, Maine and visiting yard sales and collecting snowmen.  Steve was a tidsoptimist and danced to the beat of his own drum.

Steve was known to his family as “the man, the myth and the legend.” He leaves his wife of 8 years and companion of 20 years, Debra A. (Bezio) Hill; his children, Erik Hill and his wife Angela of Gardner, Harmony Hill and her significant other Ian Reynolds of Gardner, Brianne Bastarache and her husband Mark of Antrim, NH, Beth Houston and her husband Nick of Templeton, Nathan Bezio of Gardner and Andrew Bezio of Athol; eight grandchildren, Hannah, Bryce, Joey, Anna, Silas, Miley, Andrew Jr and Owen and his best friend and dog, Stella Blue.  In addition to his parents, he was predeceased by two sons, Stephen Bradley Hill and Alexander M. Hill and a sister, Shelley Hill.

Funeral services will be held Friday, October 16, 2020 at 2 P.M. in Stone-Ladeau Funeral home, 343 Central Street, Winchendon.  Calling hours will precede the service Friday from 12 to 2 P.M. Friends are asked to dress casually in their favorite T shirt.

Burial will be in Wildwood Cemetery, Gardner at a later date.

Memorial donations may be made to American Lung Association or to National Multiple Sclerosis Society.

Family and friends are invited to watch the funeral service and may do so by clicking on the following link:

Please click here to view the video tribute
To order memorial trees or send flowers to the family in memory of Stephen Edwin Hill, please visit our flower store.