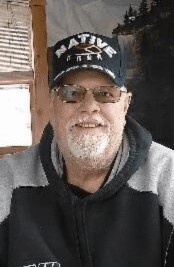 He was born in No. Hollywood, CA on January 6, 1953, son of the late Bellamar and Lydia M. (Rios) Bunker and grew up in Georgia, where he graduated from high school. Ron had lived in Fitchburg for 6 years after living in Billerica for several years.

Ron had worked as a bus driver for the Massachusetts Bay Transportation Authority for 25 years until his retirement.  He enjoyed fishing and traveling and playing tennis in his younger years.

He leaves two sons, Timothy Bunker and his wife Maria of Billerica and Bruce Bunker and his wife Tina of Las Vegas, NV; four grandchildren; his significant other, Jacqueline Saxman of Fitchburg and her son Shawn Downing, and his former wife Mary Ann Bunker of Lowell.

To order memorial trees or send flowers to the family in memory of Ronald B. Bunker, please visit our flower store.