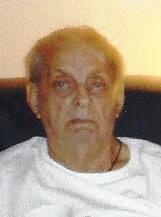 He was born in Townsend, MA on November 28, 1930, son of Edward Lancey of Townsend, MA and Florence Grenough of Gardner, MA.

Roger worked at L&Z Kamman Co in Gardner for most of his life as a mill room foreman.  He enjoyed cars and was a race car driver in his younger life.  He enjoyed  traveling through the United States and was an avid gardener and woodworker.

Roger is survived by his wife, Marion (Brehio)Lancey of Baldwinville; his oldest daughter, Janet Matusewicz of Springfield; his oldest son Scott Lancey of Phillipston; his two sisters, Eleanor Raymond of Morrisville, VT and Claudette Esposito of Templeton.  He is also survived by his many grandchildren, great grandchildren, nieces and nephews.  He was predeceased by  his children, Patricia Boisvert, Kathleen Lancey-Boisvert and Jeffrey Lancey and a sister, Florence Laughton.  Roger will be missed by many.

Funeral services will be held Thursday, June 8, 2017 at 11 A.M. in Stone-Ladeau Funeral Home, 343 Central Street, Winchendon.  Burial will be in Greenlawn Cemetery, Baldwinville.  A gathering will follow in Kamaloht Function Hall, East Templeton.

To order memorial trees or send flowers to the family in memory of Roger E. Lancey, please visit our flower store.