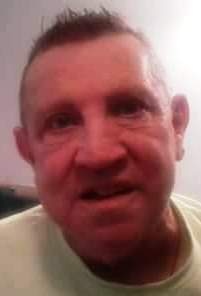 GARDNER - Robert J. Smith, 69, of 153 Conant Street, died peacefully Friday morning, November 3, 2017 in Rose Monahan Hospice, Worcester, with his family at his side.

He was born in Winchendon on December 24, 1947, son of the late Ernest and Helen (Rocheleau) Smith and attended Murdock High School.  Bob proudly served his country as a member of the United States Army during the Vietnam War.  He was awarded the Bronze Star Medal, Vietnam Service Medal, Vietnam Campaign Ribbon and National Defense Service Medal.

Bob worked as a shipper and receiver at Digital and later worked as a manager at Simplex Time Recorder.  He lived in Winchendon and Gardner for most of his life and had lived in Marlboro and Milford at one time.  Bob was a member of the American Legion in Gardner and was an active member of AA, both locally and regionally.

He leaves two sons, David Smith of Texas and Robert Smith of Gardner; seven grandchildren and several nieces and nephews.  He was predeceased by two brothers, Ernest Smith and Gerald Smith and a sister, Cynthia Stowell.

Military funeral services will be held Friday, November 10, 2017 at 11 A.M. in the Massachusetts Veterans' Memorial Cemetery, 111 Glenallen Street, Winchendon.  The Rev. Francis A. Roberge will officiate.  There are no calling hours.

To order memorial trees or send flowers to the family in memory of Robert J. Smith, please visit our flower store.