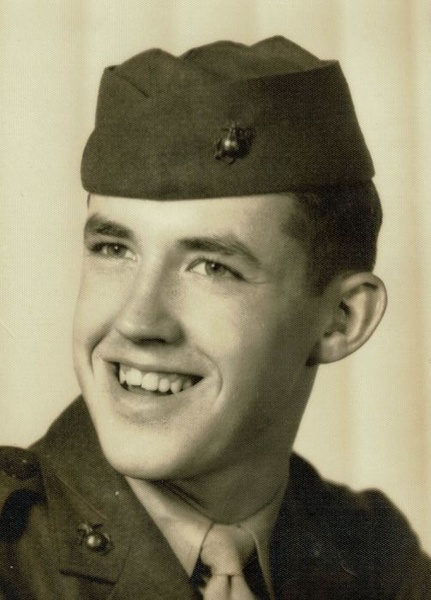 He was born in Austin, MN on October 15, 1927, son of the late Roy C. and Olive A. (Rhodes) Booth and grew up in Iowa, Kentucky and Massachusetts.  He later graduated from Providence Bible Institute.  Bob lived in Hubbardston, North Carolina and Virginia and since 2005, he and his wife have lived in Rindge.

Bob proudly served his country as a member of the United States Marine Corps during World War Two.  At the age of 60, Bob retired from Raytheon, where he had worked as a cost proposal manager for 31 years.  He and his wife were avid sailors and enjoyed several sailing excursions from the Bahamas to Maine and points in between.    He was a member of Monadnock Bible Baptist Church in Rindge.  His greatest enjoyment was spending time with family.

A memorial service will be held Saturday, December 1, 2018 at 10 AM in Monadnock Bible Baptist Church, 210 South Woodbound Road, Rindge, NH.

Private burial will be in Evergreen Cemetery, Hubbardston, MA.

To order memorial trees or send flowers to the family in memory of Robert J. Booth, please visit our flower store.