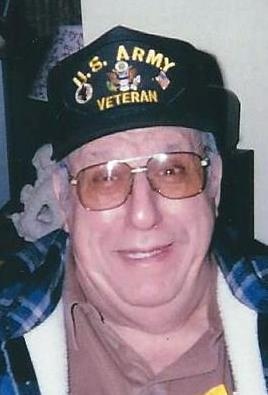 Robert was born in Gardner on October 22, 1930, the son of the late Earl D. and Elsie G. (Lashua) Sears.  He was predeceased by his siblings, Gerald Sears, Donald Sears, Glen Sears and Darlene Kennedy.

Robert worked for most of his life as a mechanic.

Robert proudly served in the United States Army during the Korean War and attained the rank of Sergeant.  He had the prestigious honor of serving as a Honor Guard at the Tomb of the Unknown Soldier at Arlington National Cemetery.

Robert had many likes and interests.  He most definitely enjoyed country and western music, hunting, fishing and trips to Foxwoods.

The family wishes to acknowledge the high quality of care Robert received from his primary care physician, Dr. John Worden IV of Mercy Family Practice in Gardner.  "Dr. John", as Robert would call him, always went above and beyond to make sure that Robert's medical needs were met.  The family is eternally grateful to "Dr. John" for everything he did for Robert.

To order memorial trees or send flowers to the family in memory of Robert E. Sears, please visit our flower store.