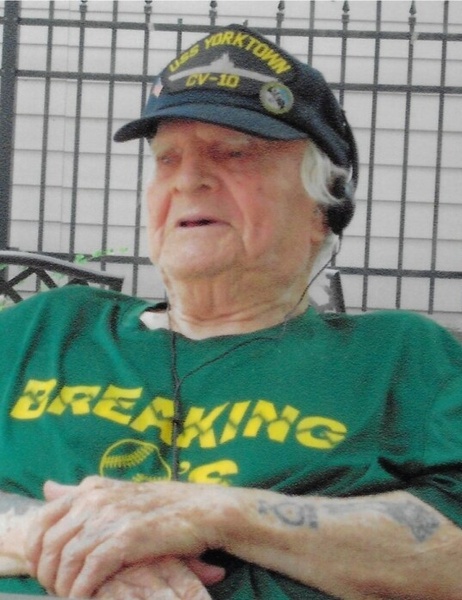 He was born in Winchendon on March 21, 1924, to the late Gladys Oja and joined the United States Navy during World War Two, where he served on the USS Yorktown CV-10 in the Pacific Theatre.  Upon his return, he met and married Janice Girard and started a family in Winchendon.

Richard made a living in the carpentry union until his retirement at the age of 62.  In 1969, he and Janice moved to Gardner, where Janice still resides.  Richard was an active member in Bethany Baptist Church and participated in the choir and taught Sunday School.  He was a former member of Pine Street Baptist Church, where he taught Sunday school and was a Youth Group adviser.  Richard especially enjoyed spending time with his family down at the lake lot in Ashburnham, which eventually grew to include many grandchildren, great grandchildren and a great great granddaughter.

Due to Coronavirus concerns, services will be held at a later date and will be announced by Stone-Ladeau Funeral Home, 343 Central Street, Winchendon, MA 01440.

Memorial donations may be made to Bethany Baptist Church, 72 Ryan Street, Gardner, MA 01440.

To order memorial trees or send flowers to the family in memory of Richard W. LaDeau, please visit our flower store.