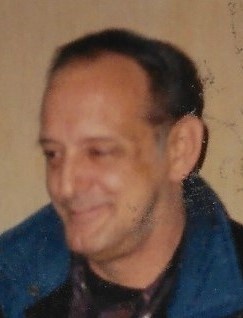 He was born in Gardner on December 7, 1942, son of the late Arvo and Rita (Baker) Hannula and was a 1960 graduate of Narragansett Regional High School.  Following high school, he entered the United States Air Force and was stationed at Moody Air Force Base in Georgia and later stationed in Okinawa.  Dick was a lifelong resident of East Templeton.

Dick had worked at Bakers Dairy Bar, Gardner Creamery as a truck driver and milkman and Shanklin Corporation in Ayer in machine assembly.  He had most recently worked at Gardner Wal-Mart for 15-20 years.  His enjoyed mechanical projects and gardening.

He leaves a daughter, Carrie A. Hannula of East Templeton; a brother Daniel Hannula and his wife Constance of Gordon, Wisconsin; a sister, Cynthia Stanley of Loma Linda, CA and nieces and nephews.  Two brothers, Robert Hannula and Douglas Hannula preceded him in death.

Funeral services will be held Wednesday, July 24, 2019 at 1 P.M. in Stone-Ladeau Funeral Home, 343 Central Street, Winchendon.  A calling hour will precede the funeral Wednesday from 12 to 1 PM.

To order memorial trees or send flowers to the family in memory of Richard P. Hannula, please visit our flower store.