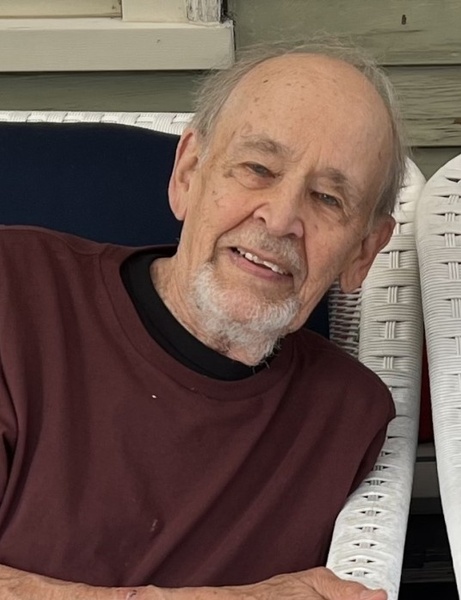 Richard E. Nyman was born September 22,1933 in Peterborough, NH to Ellu Nyman and Aili (Éskola) Nyman. He spent the first few years of his life in New Ipswich, NH and moved to Fitchburg, MA in 1941 following the death of his father. He grew up in Fitchburg's "Finntown" and graduated from Fitchburg High School in 1951. He graduated from Fitchburg State College in 1955 with a Bachelor of Science in Education. During his college career he was a member of the men’s varsity soccer team for 3 years, including the 1952 undefeated team.

Richard pursued a graduate degree from Boston University earning a Master’s of Education from Boston University. He also participated in advanced studies in science education sponsored by the National Science Foundation including fellowships at Colgate University, Boston College, Holy Cross and the University of South Dakota. At a time when most high school students were limited in the number of available courses, Richard used these advanced studies to develop a cutting-edge science program at Groton-Dunstable that enabled students to take more than 4 science courses during their high school career. In one of these classes, he engaged students in a study of the Nashua River ecosystem including canoe trips to collect data to evaluate water chemistry and ecosystem health. He retired from teaching in 1996.

In addition to his teaching career, Richard had a notable and impactful career as a sports coach including coaching track, basketball, baseball and, above all, Boys’ varsity soccer! Richard coached varsity soccer for 34 years with 30 of those years as the coach at Groton-Dunstable Regional High School. “Coach Nyman’s” teams were always well-prepared and well-disciplined, and his players gave 100% (or else!) during practices and games. He did not just coach from the sidelines but patrolled the pitch barking commands and using his piercing whistle to guide his players. He was lavish in his praise and exacting in his expectations. He motivated players not only as athletes but as students and well-rounded young men. Coach Nyman’s teams finished over .500 each year but one, won multiple league championships, four District titles and most notable, two State Championships, one in Division 3 and one in Division 2. He coached two High School All-Americans, Brian Bergeron and Derek McCaffrey. He was a member and past president of the Central Mass Soccer Coaches Association and the National Soccer Coaches Association. He was selected Central Mass Coach of the Year four times and State Coach of the year once and was selected as the Lowell Sun Coach of the Year nine times.

Richard was a long-time and dedicated member of the Ashburnham Lions Club serving as President four times. On the District 33A level he served as a Zone Chairman and Region Chairman and as President of its Sight mobile Committee for three terms. He

was the recipient of both the Melvin Jones and Joseph J. Camada awards for outstanding service to Lionism.

Richard was an avid sports fan closely following the Sox, Pats, Celtics, Bruins and Revolution. He followed them closely often with a jaundiced eye and critical phrase. He was an avid skier, golfer and a long-time member of the Winchendon School Golf club and he especially enjoyed rounds of golf played with his sons and grandsons.

In lieu of flowers the family asks for donations to the Care Central VNA & Hospice, 34 Pearly St. Gardner, Mass. 01440 whose staff provided incredible and compassionate care for both Richard and Beverly or donations to the Ashburnham Lions Club, PO Box 813, Ashburham, Mass. 01430 .

He was predeceased by his father, mother and stepfather Walter Jokinen and beloved cousins Kristi and Alice.

Joint calling hours for Beverly and her husband Richard will be held on Thursday, May 5th from 2 to 4pm at Christ Church in Fitchburg, MA. A memorial service (also at Christ Church) for both of them will be held on Friday, May 6th at 11am, to be followed by a luncheon. All are welcome to join and celebrate the life of these two amazing people.

To order memorial trees or send flowers to the family in memory of Richard Nyman, please visit our flower store.