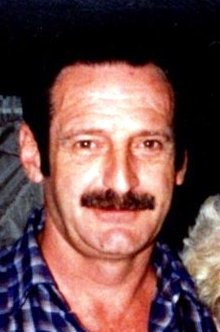 He was born in Gardner on January 1, 1949, son of the late Merle and Gladys (Mahon) Lanagan and grew up in New Salem.  Ray lived for most of his life in New Salem, Orange, Athol and Winchendon.

Ray proudly served his country as a member of the United States Navy during the Vietnam War.  He was employed as a factory worker and carpenter for most of his life.  His hobby was woodworking.

He leaves two children, James M. Lanagan and his wife Rebecca of Chesapeake, VA and Lori Lanagan of Templeton; four stepchildren, Raymond Donnelly and his wife Brenda of Jaffrey, NH, Robert Donnelly of Orange, Maureen Moran and her husband Michael of Orange and Katherine Donnelly of Texas; his brothers and sisters, Robert Lanagan of New Salem, Glon Lanagan of TN, Patricia Lanagan of Gardner, Merle Lanagan Jr of Florida and Merline Black of PA., as well as many grandchildren.  A stepson, Michael Donnelly, preceded him in death.

To order memorial trees or send flowers to the family in memory of Raymond T. Lanagan, please visit our flower store.