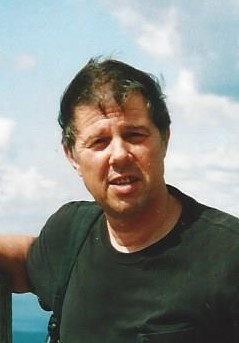 He was born in Fitchburg on May 21, 1946, son of the late Nick and Dorothy (Girard) Krawchuk and was a graduate of Leominster High School. Peter was a resident of Fitchburg for most of his life until moving to Gardner last year.

Peter had worked as a janitor in the Leominster School District for many years until his retirement.  In earlier years, he had worked at Borden Chemical Company and North Atlantic Medical, both of Leominster.  During the Vietnam War, he proudly served his country as a member of the United States Army.

His wife, Marie A. (Nelson) Krawchuk, died October 25, 2019.  He leaves two children, Donna Bradford and her husband Jeffrey of Westminster and Kevin P. Krawchuk of Charleston, SC; two grandchildren, Jonathan and Nicole Krawchuk; a brother James Bodanza of California; a sister Brenda Bodanza of Massachusetts; a sister in law Garnet Ptak of Fitchburg and her children, Scott Ptak and Kelley Wood.  A sister, Sandy Senger and a brother Brian Bodanza preceded him in death.

To order memorial trees or send flowers to the family in memory of Peter N. Krawchuk, please visit our flower store.