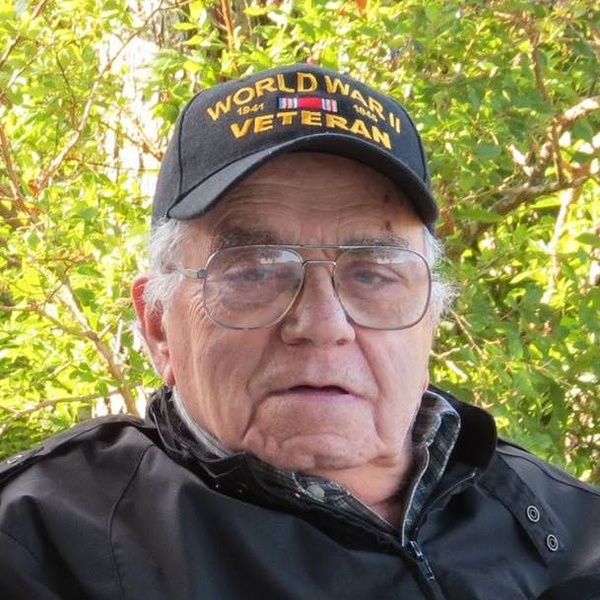 He was born in Cambridge, MA on September 6, 1925, son of the late Angelo and Lucia (Romano) DeMeo and had lived in Gardner for many years.  Paul graduated from Cambridge Rindge Technical High School in 1943.

Following the war, Paul graduated, under the GI Bill, from Boston University and from Boston State College with a Master's Degree in Education.  He began his teaching career at the Templeton Center School, followed by teaching in Westminster, Athol and lastly in the Gardner School system until he retired in 1987.

Paul was active in Cub Scouts, was Treasurer for the Greenwood Memorial Swim Team and attended Bethany Baptist Church.  Paul was a lifetime member of Ovila Case Post 905 VFW and was frequent patron of Levi Heywood Library.  Paul also maintained a membership in Park Street Church, Boston.  He enjoyed a long reign as Rummikub Champion of his household.  He loved to read, was especially interested in UFO's, CSI on television, health and nutrition, doing crossword puzzles and was an avid fan of the Boston Red Sox and New England Patriots.  He had a wonderful sense of humor and loved to tell jokes.

In his retirement years, he with his wife Elinor, spent 17 winters at their condo in Clearwater, FL.  While there, they had fun attending yard sales and auctions.  They were seasonal members of North Presbyterian Church.

He will be sadly missed by his wife of 60 years, Elinor (Nelson) DeMeo; his sons, Paul N. DeMeo and his wife Jean of Gardner, MA, John of Marshfield, MA, Steven of NY and MA, and James of Long Beach, CA; his four grandchildren, Ryan, Elizabeth, Scott and Andrew; his brother Vincent and wife Rita of Cambridge, MA; nephew Joseph DeMeo of Billerica, MA, and several other nieces and nephews.  He was predeceased by a sister, Rose LaSala; brothers Joseph and Ernest and a granddaughter, Jennifer.

Please click here to view the video tribute
To order memorial trees or send flowers to the family in memory of Paul Mario DeMeo, please visit our flower store.