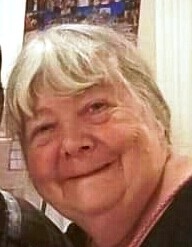 She was born in Cambridge on August 3, 1948, daughter of George and Natalie (Boyd) Davis and was raised by Charles and Freda Davis.  Paula grew up in South Acton and graduated from Acton-Boxboro High School.  She later attended Cape Cod Community College.

Paula proudly served her country as a member of the United States Army during the Vietnam War.  She had worked as a secretary and had worked for Security Neighborhood Watch, Dunkin Donuts and at the local thrift shop on Cape Cod.

Memorial donations may be made to Jews for Jesus.

Please click here to view the video tribute
To order memorial trees or send flowers to the family in memory of Paula L. Davis, please visit our flower store.