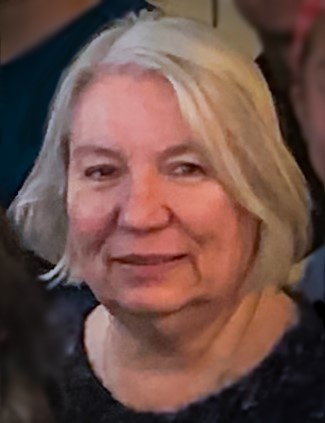 RINDGE, NH - Paula A. Sumner, 69, of Rindge, NH passed away unexpectedly in her home on Wednesday, June 23rd. Born in Leominster on December 4th, 1951, Paula was the daughter of the late Adrian F. Boulay and Irene G. Fluet. She was raised by her late aunt and uncle, J. Harry and Ghislaine Bell alongside her cousin Anne-Marie Curley. Her late uncle Paul G. Boulay, after whom she was named, was also instrumental in her upbringing.

Paula received her Bachelor of the Arts degree in Social Work from Mount Saint Mary’s College in Hooksett, NH and later spent several years as a social worker at River Terrace Nursing Home in Lancaster, MA and Fairlawn Nursing Home in Leominster, MA. Following her career in patient care, Paula worked as a secretary and coordinator at St. Denis Church in Ashburnham, MA. Her recent years saw her volunteer for her local community at both the Food Pantry and Woman’s Club of Rindge, NH.

Paula is remembered as a remarkable and compassionate woman, known for her strong faith and selfless acts. Whether babysitting her granddaughter, tending her gardens, or visiting her friends, the warmth of her soul was present in everything that she did.

She will be dearly missed by her husband and high school sweetheart, together for 54 years, Howard R. Sumner Jr; son Howard R. Sumner III and his partner Elizabeth A. Kuba; daughter Rachel G. Sumner; and granddaughter Isabelle F. Sumner.

A Mass of Christian Burial will be held on Thursday, July 1st at 11 A.M. in St. Patrick Catholic Church, 87 Main Street in Jaffrey, NH.

Burial will follow at Glenwood Cemetery in Ashby, MA.

Please click here to view the video tribute
To order memorial trees or send flowers to the family in memory of Paula A. Sumner, please visit our flower store.