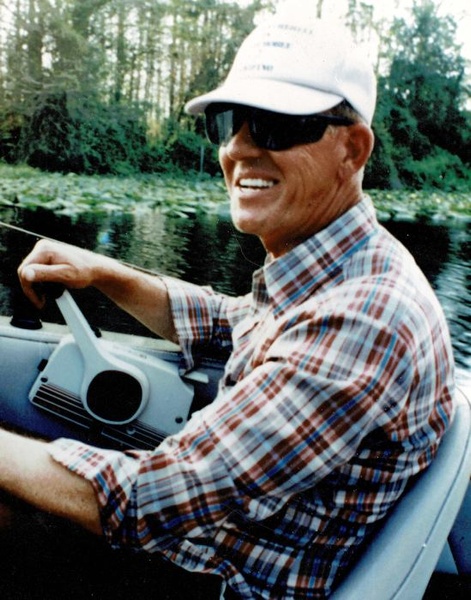 Paul owned Paul's Variety in the 1960's then LaBarge Landscaping until the early 1990's.  In the late 1980's, Paul started his last business Stuff N Things until his retirement at the age of 75.  Paul had been a police officer for several years in the mid 1970's for the Town of Winchendon.

Paul loved his many years spent in his winter home in Florida.  He enjoyed fishing from the Great Lakes to Florida to the East Coast.  He also loved hunting in his younger years.  Paul proudly served his country from 1955 to 1959 as a member of the United States Navy.  He crossed the Equator many times while serving on the USS Essex and spoke proudly of his years of service.  Paul was a life member of Winchendon Rod and Gun Club.

His wife of 58 years, Margaret R. "Margo" (Stone) LaBarge died in 2016.  They enjoyed many years of love, happiness and laughter and enjoyed spending time with their children and grandchildren.  They had four children, whom he loved dearly, all of whom worked with him side by side in his business: Brenda J. LaBarge of Winchendon, Paul A. LaBarge II, who died in 2010, Brian LaBarge and his wife Amy of Leominster and Mark LaBarge and his wife Joan of Winchendon; his siblings, Irene Lambert and husband Francis of Jaffrey, NH, Sherman LaBarge and his wife Dolly of Fryeburg, ME, Nancy Willcox, with whom Paul was very close and similar and her husband Wally of Winchendon, Rita Carpenter and her husband Howard of Milford, CT; many grandchildren, several great grandchildren, nieces and nephews.

Funeral services will be held Thursday, October 11, 2018 at 1 P.M. in Stone-Ladeau Funeral Home, 343 Central Street, Winchendon.  A calling hour will precede the funeral Thursday from 12 to 1 P.M.

Burial, with military honors, will be in Masssachusetts Veterans' Memorial Cemetery, Winchendon.

In lieu of flowers, memorial donations may be made to Alzheimer's Association, 309 Waverley Oaks Rd, Waltham, MA 02452.

The family wishes to express its gratitude to Dr. John Harrington and the nurses and staff at Wachusett Manor Nursing Home.

Please click here to view the video tribute
To order memorial trees or send flowers to the family in memory of Paul A. LaBarge, please visit our flower store.