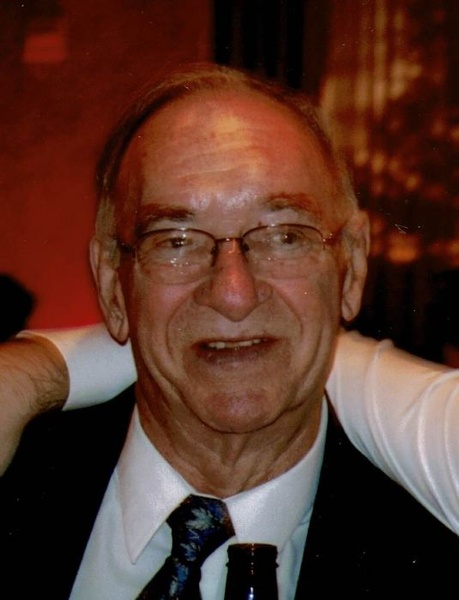 ASHBURNHAM - Patrick A. Herbert, 84, of 20 Cross Street, formerly of Braintree, died peacefully Sunday, August 5, 2018 at his residence, with family at his side.

He was born in Boston on June 11, 1934, son of the late Thomas and Agnes (DeWolf) Herbert. Raised in South Boston,  he was a long time resident of Braintree until moving to Ashburnham in 2012.  Pat was a graduate of South Boston High School.

Pat worked for Boston Edison for 35 years as a cable splicer until his retirement.  He was a parishioner for over 40 years of St. Francis of Assisi Church, Braintree.  Pat proudly served his country as a member of the United States Army.  An avid boater and fisherman, he was a member of Dorchester Yacht Club.  A fan of country music, Pat enjoyed line dancing.  He was a terrific handyman.

He leaves three children, Ann Marie Fitzgerald and her husband Henry of Braintree, Patrick A. Herbert Jr and his wife Mary of Woburn and Maribeth Janssens and her husband Leo II, of Ashburnham; a brother Thomas Herbert of Canton, MA; 8 grandchildren, Shawn, Katie and her husband Darren, Jacob, Kellie, Stephanie, Molly, Kelsey and Patrick III, and 50 nieces and nephews.  Pat was predeceased by 9 brothers and sisters.

Burial, with military honors, will be Monday, August 13, 2018 at 2 P.M. in Mass. Veterans' Memorial Cemetery, Winchendon.

Please click here to view the video tribute
To order memorial trees or send flowers to the family in memory of Patrick A. Herbert, please visit our flower store.