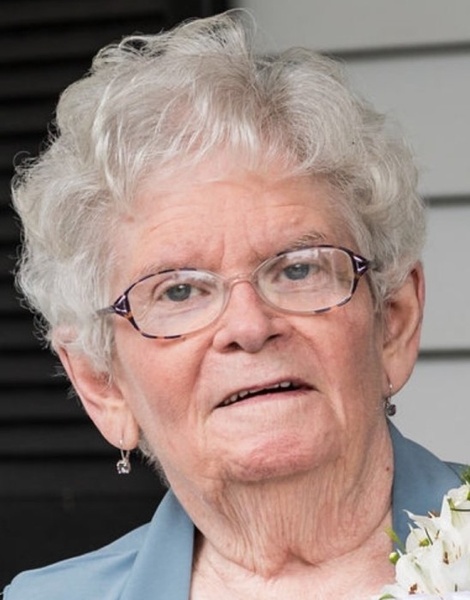 She was born in Gardner on April 15, 1940, daughter of the late Leon and Gladys (Coleman) Hallock and was a lifelong resident of Gardner.  Pat was a 1958 graduate of Gardner High School and a 1960 graduate of Becker Junior College.

Pat loved her home and took great pride in its beauty and maintaining the swimming pool for her grandchildren.  She enjoyed caring for the race horse, which she and her husband owned.  Pat was a member of the former Sacred Heart of Jesus Church.  Her greatest enjoyment was spending time with her family and attending her grandchildren’s sporting events.

Her husband, Paul J. Landry, died in 2001.  She leaves two sons, James Landry and his wife Paula of Kennebunk, ME and David (Gus) Landry and his wife Susan of Gardner; a daughter, Jane F. Cullen and her husband Michael of Gardner and six grandchildren, David, Juliet, Taylor, Heather, Katie and Paul.  She also leaves a close cousin Jane McNulty of Milton and a special friend, Joseph Kinney of Townsend.

A memorial service will be held Saturday, June 1, 2019 at 11 A.M. in Stone-Ladeau Funeral Home, 343 Central Street, Winchendon.  A calling hour will precede the funeral from 10 to 11 A.M. Saturday in the funeral home.

Burial will be in Crystal Lake Cemetery.

Please click here to view the video tribute
To order memorial trees or send flowers to the family in memory of Patricia A. Landry, please visit our flower store.