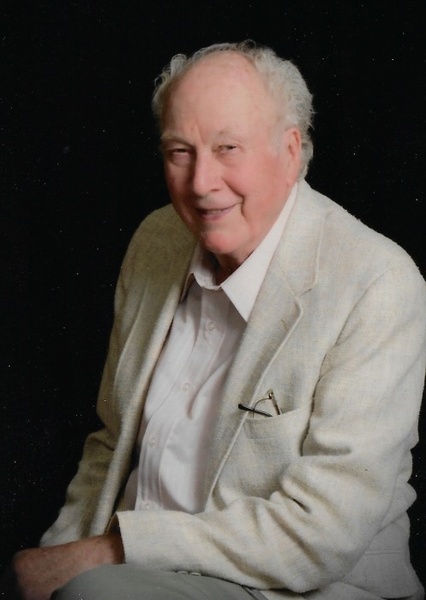 He was born in Schwabisch Hall, Germany on February 15, 1932, son of the late Karl and Lina (Philipp) Rau and came to the United States, settling in Philadelphia with his uncle, August Philipp at the age of 19.  Ottmar proudly served his country as a member of the United States Army, where he met his wife.  Following his military service, he returned to Philadelphia and worked for his uncle.  He later moved to Agawam, MA then found property in Phillipston, where he and his wife lived until moving to Winchendon in 1965.

Ottmar, along with his brothers, owned and operated National Seat Manufacturing, Ipswich Industries, and Rau Bros.  At one time employing approximately 125 people.  He was a member of Faith Lutheran Church of Gardner, enjoyed traveling and especially enjoyed spending time with his family. Ottmar also served on the boards of several New England banks including Shawmut Bank and Winchendon Savings.  He worked very hard to make sure that those who looked to him for leadership were treated fairly and ethically.  Winchendon was his home and her residents were important to him.

As a proud member of the Masons, Ottmar was raised in Artisan Lodge in 1965. He was Worshipful Master of Artisan Lodge in 1970 & 1980, Proxy in 1994, Tiler in 2006 and past High Priest of Gardner Chapter, currently serving as Scribe, past Illustrious Master of Harris Council, a three-time past Commander of Ivanhoe No. 46, past Patron Faith Chapter OES and member of Jessamine Chapter.  He was a member of Mass Council of Thrice Illustrious Masters, the Mass Convention of High Priests, the Mayflower York Rite College, the Scottish Rite Valley of Boston, the Aleppo Shrine, and the Colonial Council Knight Masons.  He was a member and Seneschal of King Philip York Rite College. He was District Deputy Grand Master in 1988 & 1989, Grand Captain of the Guard of the Grand Council in 1992, District Deputy Grand High Priest in 1993 & 1994, and Grand Principal Conductor of the work of the Grand Council in 1995. Ottmar received the Abraham A. Dame Award of the Grand Council.  He was Prior of Mass Priory #52 Knights of New York Cross of Honor, Puissant Sovereign of St. Matthews of the Red Cross of Constantine, Grand Representative for the Grand Chapter of Germany and the Grand Council of Germany, and Grand Scribe 1996 of the Grand Royal Arch Chapter of Massachusetts.  He was the Holder of the Benjamin Hurd, Jr. Meritorious Service Medal, and the Grand Council Stained Glass Window Committee for the Masonic Home. He received the Joseph Warren Distinguished Service Medal. In 2015 he received the Veteran's Medal and was most recently awarded Past Master 50 Year Award.

This send off may seem a bit dry and bland, but our father was far from that. He was filled with kindness, wit, humor, and an innate curiosity about the world and those around him. We could always get him to laugh as we tried to master his accent. Of which we never did succeed!

He was an amazing man who could talk to anyone and always put family and friends before himself.

Calling hours in the funeral home will be held Thursday, March 18, 2021 from 11:30 A.M. to 12:30 PM.  A Masonic and religious funeral will be held at 12:30 PM to be followed by a procession to the Massachusetts Veterans' Memorial Cemetery for military honors at 2 P.M.

The funeral service will be streamed and may be viewed at the following link: https://webcasts.lifetributes.com/1127335

Memorial donations may be made to Shriners Hospital for Children, 51 Blossom Street, Boston, MA 02114. Both Ottmar and his wife, Louise were actively involved in supporting them for their work with children.

Please click here to view the video tribute
To order memorial trees or send flowers to the family in memory of Ottmar Rau, please visit our flower store.