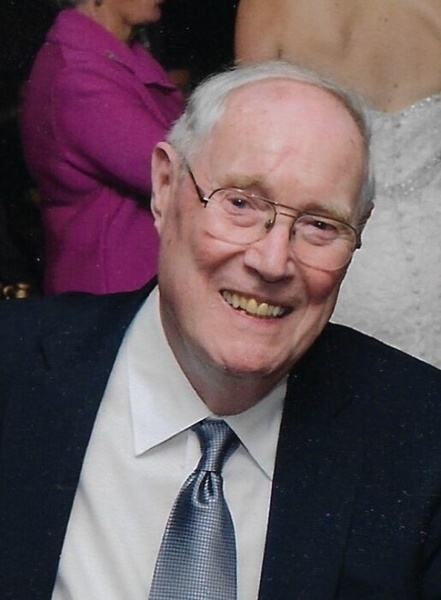 GARDNER – Norman L. Hope Jr, of Gardner, MA, a Licensed Practical Nurse, who in 31 years of service rose to become supervisor of Templeton’s Walter E. Fernald State School Colony, died after a short illness.  He was 87 years old and was a U.S. Army veteran, who had served as a medic.

As a young man, he played softball for local teams and is remembered as a talented pitcher.  His height of 6’6” was to his advantage when he played basketball, a sport in which he also excelled.  He was an avid sports fan his entire life and was a past member of the Chair City Club and the Gardner Horseshoe Club for several years.  He loved traveling and enjoyed his trips to Australia, the western states, Canada, FL, St. Martin and his trips to Vegas and the casinos in CT.  He especially looked forward to his summer vacations at the Cape with his family, grandchildren and great grandchildren.

In Mr. Hope’s tenure, the Fernald colony served an average population of about 300 men and boys, nearly all of whom worked on the 1,600 acre farm in Templeton, MA.  In its time, the colony maintained one of the largest milking Holstein cattle herds in the Northeast and was almost totally self-sufficient.  The school, which closed in 2015 after 116 years in operation, was recognized nationally and internationally for its approach to the care of developmentally disabled boys and men.

Born August 21, 1933, he was the eldest of Norman L. and Catherine (Thompson) Hope’s seven children.  He is predeceased by his sister, Jacqueline Boyle, and brothers, John, Joseph, and James, and two wives, Bernice (Worcester) Hope and Glenn-Anne (Ashford) Hope.

He is survived by his loving companion of 25 years, Mae Atter and her sons Matthew, Steven, and Chris; two brothers, Jerome of Lunenburg and his wife Carmelle; Jeremy of Fitchburg; a son, Wayne Worcester of Vernon, CT and his wife Maureen Croteau, and a daughter, Kim F. Boyle and her husband Ross Boyle of Swanzey, NH.  He also leaves his grandchildren, Jonathan Worcester of Franklin, MA, Amy Lyons of Seekonk, MA, Amanda Sanderson of Methuen, MA, Emily FuXi Worcester of Vernon, CT, Jessica Boyle-Lawson of Fuguay-Varina, NC, Matthew Boyle of Wichita Falls, TX and Joseph Boyle of Salt Lake City, UT and many great grandchildren, nieces and nephews.

The family would like to thank the doctors and nurses at Heywood Hospital for the excellent care Mr. Hope received while he was there.  Memorial donations may be made in his memory to The Heywood Hospital, Office of Philanthropy, 242 Green Street, Gardner, MA 01440.  Donations will go toward the new surgical pavilion.  Please mention that contributions are made in memory of Norman L. Hope Jr.

Funeral services and interment are private.

To order memorial trees or send flowers to the family in memory of Norman L. Hope Jr., please visit our flower store.