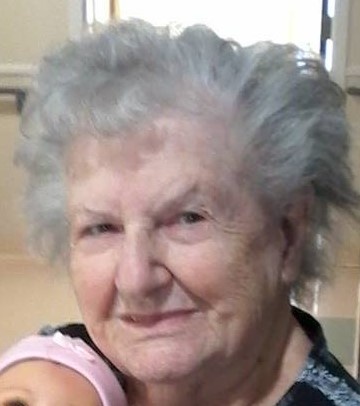 TEMPLETON – Marion Joyce (Brehio) Lancey, 89, formerly of 79 Bridge Street, Baldwinville, died peacefully Wednesday evening, July 3, 2019 in Alliance Health at Baldwinville, with her family at her side.

She was born in Baldwinville in her home on Circle Street on January 14, 1930, daughter of the late Edward and Marguerite (Whitney) Brehio and was a graduate of the former Templeton High School.

Marion worked as a nurse’s aide in her earlier years and as an accounts receivable manager for Simplex.  She was a member of St. Vincent de Paul Church, Baldwinville.  She enjoyed traveling, dancing and being around family and friends.  She was a bright shining star and will be missed by many.

She was married to her husband of 65 years, Roger E. Lancey, who died in 2017.  She leaves a daughter, Janet Matusewicz of Springfield and a son, Scott E. Lancey of Phillipston as well as 12 grandchildren, many great grandchildren, two great great grandchildren and many nieces and nephews.  In addition to her husband, Marion was preceded in death by three children, Patricia Boisvert, Kathy Lancey Boisvert and Jeff Lancey; sisters, Marjorie D. Mellen, Madeline J. Taylor Mellen, Merle A. Touchette and Marilyn J. Goodwin and a brother, Edward D. Brehio.

Please click here to view the video tribute
To order memorial trees or send flowers to the family in memory of Marion J. Lancey, please visit our flower store.