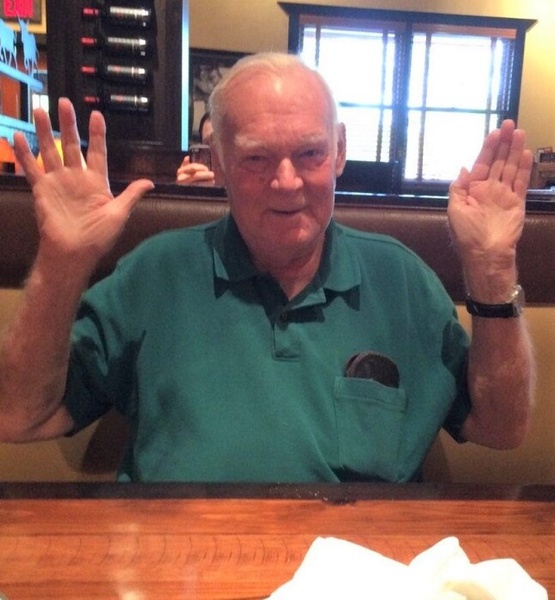 He was born in Gardner on July 5, 1931, son of the late Fay H. and Rita B. (Sawtelle) Newton and was a 1949 graduate of Gardner High School.  He had lived in the Winchendon area for much of his life.

Red worked for 33 years at Nynex as a telephone installer and repairman until his retirement in 1989.  During the Korean War, he proudly served his country as a member of the United States Navy.  He was a member of Eugene M. Connor Post 193 American Legion and Lt. Frederick Wilder White Post 2158 VFW as well as the Telephone Pioneers of America.

Red was a very congenial person, who loved people, having fun, and helping others.  He enjoyed his family and friends, playing cribbage, good home cooking, his morning coffee jaunts, ice fishing and doing volunteer work, such as setting up for Bingo at the American Legion and working with the Special Olympics.  He also enjoyed traveling and had visited China, Australia, Alaska, Hawaii, and many other areas within the United States.

His wife of 55 years, Paulette J. (Landry) Newton, died in 2010.  He leaves four children, William F. Newton and his wife Haiyen of Wellesley, Douglas A. Newton and his wife Shelly of Winchendon, Diane J. Carreiro and her husband Gil of North Chatham and Kandy A. LaFalam and her husband Mike of Winchendon; two brothers, Merl D. Newton of Athol and Wayne O. Newton of Methuen; eight grandchildren, four great grandchildren, two step-grandchildren and many nieces and nephews.  He also leaves his two best friends, Grace Fernald and Willis Fogg.  In addition to his wife, he was predeceased by a brother Avery Newton, a sister Thelma S. Neuvonen, and a grandson Andrew Vincent Newton.

The family wishes to extend its deepest appreciation to his caregivers from Broadview Assisted Living during the past five years, and most recently Gardner Visiting Nursing staff.

According to his wishes, there will be no calling hours.  A memorial service for immediate family will be held in the fall.

Burial will be in Cathedral of the Pines, Rindge, NH, overlooking the majestic Mount Monadnock.

To order memorial trees or send flowers to the family in memory of Lyle F. Newton, please visit our flower store.