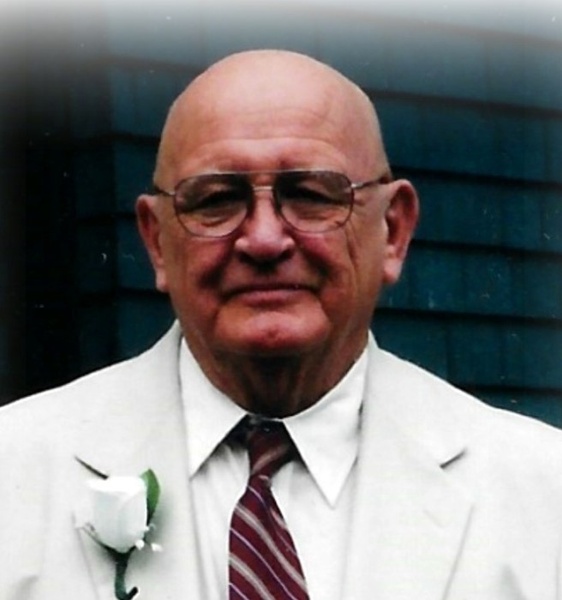 “Bud”, as he was called, was a graduate of Fitchburg High School, Class of 1949 and was a star athlete that was inducted in to the Fitchburg Athletic Hall of Fame and went on to play minor league baseball. He went on to get his BA and Master’s Degree from Fitchburg State College and after graduation, Bud served during the Korean Conflict with the 70th Engineers and was a radio operator for Co. C.

Loring began his teaching Career in Holyoke, MA. When he moved to Winchendon he taught science before becoming a Principal of Poland, Wheeler and Streeter schools, a position he held until becoming Winchendon’s elementary supervisor, and finally became the first Principal of the newly built Memorial Elementary School and served in this position until his retirement in 1980.

Loring and his wife Pauline went on to become auctioneers in New Hampshire.  Bud was a long time member of the NH Auctioneers Association, The Winchendon Teacher’s Association, and the VFW. In his leisure, he enjoyed fishing, cooking, UFO’s, history, traveling and spending time with family.  Bud also earned his private pilot’s license and Sold Real Estate in NH and Ma.for many years.  In his youth he spent his summers at his parents camp on Lake Monomonac and later years with his own family at the "Santa Maria".

He was dearly loved and will be truly missed.

There will be no service or calling hours.

A private Celebration of Life with family will be announced at a later date.

In lieu of flowers, be kind to your neighbor.

To order memorial trees or send flowers to the family in memory of Loring R. Stevenson Sr, please visit our flower store.