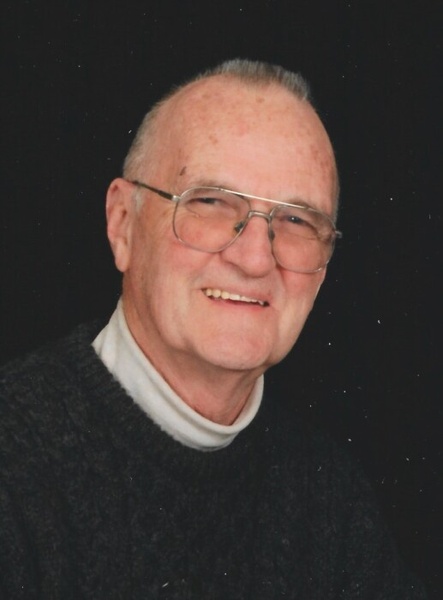 Russ was born in Phillipston on January 26, 1936 to Mary (Conley) and L. Russell Taintor Sr.  He attended school in Phillipston and graduated from Athol High School in 1954.  He was class president staying involved with his classmates planning class reunions.  He played baseball and basketball during high school.  After graduation, Russ spent four years in the United States Air Force and was stationed in Tripoli, Africa.  In 1964 they purchased an old farm house in East Templeton, that he completely restored throughout the years.  He had worked for the First National Stores for 27 years until they closed and then went to work as L.S. Starrett Co. in Athol renewing many friendships with classmates and friends.

Russ married Joy Reid on July 25, 1959.  They celebrated their 61st wedding anniversary this past July.  Russ leaves his four children, Judy Smart and her husband David, Lianne O’Brien and her husband Tom, Russell and his wife Michelle and Penny Taintor and her boyfriend David Lawrence.

In 1985, Russ discovered square dancing and was very involved with the Jumptown Twirlers and went to all the conventions around the country for 30 years, many of which they traveled with their motor home enjoying the sites along the way.  Traveling was a big part of he and Joy’s life as well.  They were fortunate to have traveled to all 50 states including twice to Hawaii and Alaska.  They also traveled to France, Spain and England as chaperones for their grandchildren.  They traveled to Ireland and Scotland and spent many visits in Burntcoat, Nova Scotia at their nieces’ farm.  A couple of their crazier travel times were when they went biking with some of the grandchildren from East Templeton to Cape Cod and then the next year from Montreal to Quebec.  They did travel with a vehicle “just in case” but fortunately never needed it other than to carry the food and camping equipment.

In addition to all of Russ’s travel adventures, he actually did have spare time to make wooden decorations and ornaments for the family and for the Holy Cross Church fairs.  Even though he was not an official member of the church, he was always there to help set up, clean up, and even work the Chicken Bar-b-ques.  He was always lending a hand as a handyman at his children’s homes and found time to have a garden each summer and took over his wife’s hobby of maple syruping each winter.  There was not anything that he could not do or would not do for his family.  The past several years he was a volunteer with the Templeton CERTS (Citizens Emergency Rescue Team).

Russ also leaves behind his sister Patricia Parker from Orange and many nieces and nephews.  he was predeceased by his sister, Mary Lawson, brother Edward “Bud” Taintor, his granddaughter Jamie E. Smart and infant great granddaughter, Kayleigh Jes Travis.

A Mass of Christian Burial will be held Monday, November 23, 2020 at 10 A.M. at Holy Cross Church, Lake Avenue, East Templeton.  Burial will be in Wildwood Cemetery, Gardner.

Please click here to view the video tribute
To order memorial trees or send flowers to the family in memory of Loren Russell Taintor Jr, please visit our flower store.