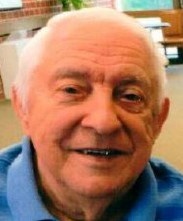 He was born in Greenville, NH on February 28, 1932, son of the late Peter Z. and Germaine M. (Pellerin) Desmarais and lived most of his life in Winchendon.

A Mass of Christian Burial will be held Wednesday, June 5, 2019 at 10 A.M. in Immaculate Heart of Mary Church, 52 Spruce Street, Winchendon.  Burial, with military honors, will follow in Calvary Cemetery.

Please click here to view the video tribute
To order memorial trees or send flowers to the family in memory of Leo P. Desmarais, please visit our flower store.