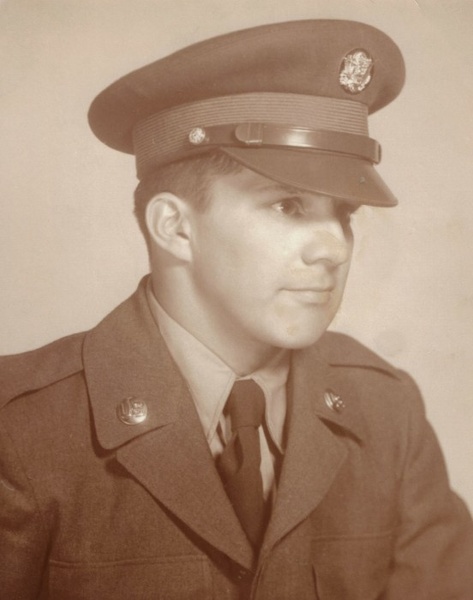 He was born in East Jaffrey, NH on September 5, 1935, son of the late Eino J. and Gladys I. (Ladeau) Oja and grew up in Royalston, MA.  He raised his family in the Town of Phillipston.

Leonard proudly served his country as a member of the United States Army during the Korean War.

For many years, Leonard worked as a maintenance man in his family’s area nursing homes.  He later worked with the Army Corps of Engineers on the Birch Hill and Barre Falls Dams.  In recent years, he was self-employed under his own vinyl siding company.

A graduate of MA. Firefighting Academy, Leonard was an EMT and EMT instructor for the Town of Phillipston.  At one time, he helped rescue a potential drowning victim in the middle of winter from Millers River. Leonard was awarded Athol - Orange, "Fire Fighter of the Year" for outstanding performance of duty involving lifesaving river rescue. He also received "The Award of Merit" for courageous act by Worcester West Forest Wardon's Associan.

Leonard was active in recreational softball and bowling leagues and also participated in the annual River Rat Race.  His other hobbies were gardening, fishing and playing golf.

He leaves his wife of 64 years, Beverly A. (Barrows) Oja; four children, Pamela J. Bennett and her husband Roland of Ashburnham, Scott L. Oja and his wife Traci of Winchendon, Timothy J. Oja and his wife Milagros of Phillipston and Jeffrey A. Oja of Phillipston; his many brothers and sisters, Richard Ladeau of Gardner, Thomas Oja of Baldwinville, Stuart Oja of CT, Darrell Oja of Gardner, Weynona Lucia of Gardner, Sandra Clark of Alabama and Linda Dunchus of Winchendon, many grandchildren, many great grandchildren, nieces and nephews.  He was predeceased by his brothers and sisters, Lloyd Oja, Robert Ladeau, Doneta Leslie, Vivian Prentice and Starr Waters.

Funeral services, with military honors, will be held Wednesday, July 8, 2020 at 1 P.M. in Massachusetts Veterans’ Memorial Cemetery, 111 Glenallen Street, Winchendon.  Seating of ten is reserved in the Chapel for immediate family members.  All others will be asked to wear masks and stand outside, keeping safe social distancing protocol.

To order memorial trees or send flowers to the family in memory of Leonard E. Oja, please visit our flower store.