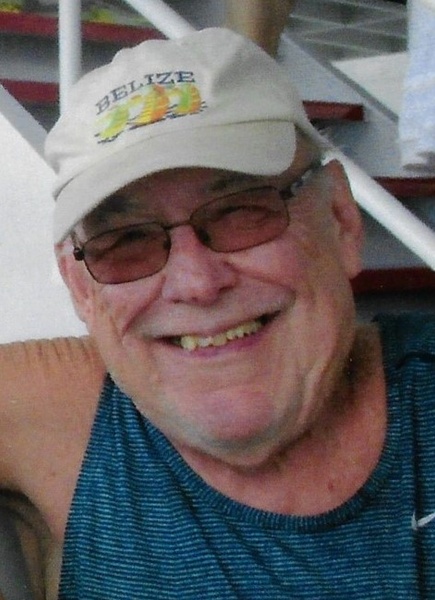 He was born in Derry, New Hampshire on January 28, 1939 and grew up in Lowell and Somerville, MA.  Leo was a 1957 graduate of Somerville High School.  After graduation he went to work in the advertising department for the Lowell Sun.  He was drafted into the US Army and proudly served his country while stationed in Germany from 1961 until 1963.  After returning from Germany he went back to work for the Lowell Sun and became active in the union. In 1973 he went to work as an international representative for the Newspaper Guild . It was not only his job, it was his passion.  He worked tirelessly fighting for workers rights, wages and benefits. He remained at the Guild until his retirement in 2004.  He married his wife and love of his life Geraldine "Gerri" Ducharme in 1959. They lived in Lowell, Chelmsford, Tyngsborough, Haverhill, and Londonderry before settling in Rindge, NH in 1977. Leo will be remembered for his love of family, friends, travel and enjoying living his life on the lake.

His wife, Geraldine “Gerri” Ducharme, died in 2007.  He leaves two sons, David L. Ducharme of Newport, NH and Daren G. Ducharme of Rindge, NH.  He also leaves a grandson, Dylan R. Ducharme of Troy, NH, his cousin and best friend, Arthur Ducharme and his wife Janet of Greenfield, NH and their children Kevin Ducharme of Seattle, WA and Karen Bruckno of Montrose, PA.  Leo was also preceded in death by his mother Eva (Girouard) Ducharme and her husband Robert Ducharme.

Calling hours will be held Thursday, June 6, 2019 from 4 to 7 P.M. in Stone-Ladeau Funeral Home, 343 Central Street, Winchendon with a funeral service at 7 P.M.

A private graveside service will be held in St. Josephs Cemetery in East Chelmsford, MA.

In lieu of flowers memorial donations may be made to Rindge Rescue Squad, care of Rindge Fire Department, 150 Main Street, Rindge, NH 03461.

Please click here to view the video tribute
To order memorial trees or send flowers to the family in memory of Leo J. Ducharme, please visit our flower store.