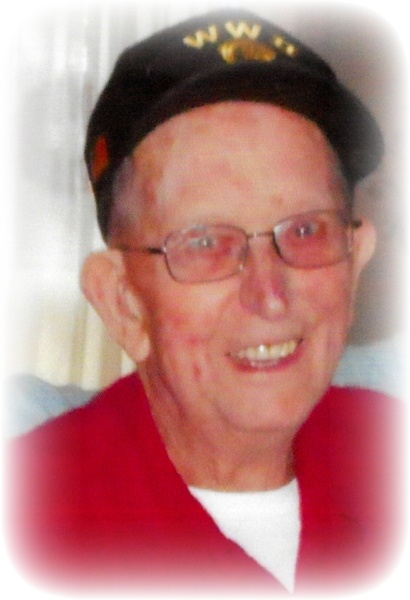 GARDNER - Leo Alfred Paul, aged 95, of Gardner, formerly of Winchendon, died August 25, 2020 due to complications from a stroke.

Mr. Paul was born in Lancaster, Massachusetts on April 9, 1925 to Alfred and Mary Anna (Draleau) Paul. He was the second of 15 children and was the oldest son.

On Valentine's Day 1945, Leo eloped with the girl-next-door, Jeanette "Sally" Brow. He and his wife were happily married for 65 years until Mrs. Paul's death in 2010.

He leaves his dearly loved children and their families, Judith (Paul) Whitaker and her husband Cal Whitaker of California, Sharon (Paul) Harvey and husband Paul Harvey, Jr. of Virginia, Bruce M. Paul and wife Neva Paul of Gardner, Tammy Paul-Gough and husband Kevin Gough of Connecticut, and Sally J. Paul of Gardner with whom he lived for the past several years. He is predeceased by his son, Ronald James Paul, who died as an infant in 1946.

He also leaves four grandchildren, including his devoted granddaughter Shannon (Harvey) Stickney and her husband Henry Stickney of East Templeton; as well as his seven great­ grandchildren and three great-great grandchildren.

Leo is also survived by his brother George Paul of Templeton.

Mr. Paul served his country in the Navy during World War II where he was stationed aboard the USS Baltimore. He received training at Wentworth Institute of Technology in Boston.

He worked for many years as a truck driver and later in the construction field as a brick mason and carpenter. He retired in 1989 from the Simplex Time Recorder Company where he worked for several years in the maintenance department. He was formerly employed by A. Jandris & Sons, and at the P. J. Keating Company.

Leo was a life-time member and past commander of the American Legion, Winchendon Post 193, as well as a volunteer Worcester County Deputy Sheriff. He was an avid reader, who also enjoyed camping, wood crafts and word puzzles. But his favorite activity was going out to eat with his family.

Calling hours will be held on Friday, September 4, 2020 from 5:00 to 7:00 P.M. in Stone-Ladeau Funeral Home, 343 Central Street, Winchendon. Members of Eugene M. Connor Post #193 American Legion will conduct military honors at 6:30 P.M.  Due to the corona virus pandemic, precautionary measures will be in place including social distancing and the use of non-medical masks.

The funeral will be private.

In lieu of flowers, memorial donations may be made to St. Jude Children's Research Hospital at stjude.org; Shriners Hospitals for Children at shrinershospitalsforchildren.org; or No Kid Hungry at nokidhungry.org.

Tow view the funeral service, please check the link at the bottom of the page.

To order memorial trees or send flowers to the family in memory of Leo A. Paul, please visit our flower store.