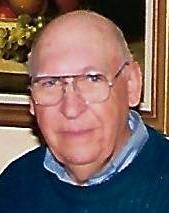 Ken entered the service after graduation and proudly served his country as a member of the United States Army during World War Two.  Ken retired from L.S. Starrett Tool Co. in Athol, where he worked as an inspector.  He had formerly worked at Aubuchons, Pratt and Whitney and Morlock Auto Sales.

Ken was a former member and past master of Artisan Lodge of Masons.  He enjoyed golf and square dancing.

A calling hour will precede the funeral Monday from 3 P.M. to 4 P.M..

Burial will be in the spring in Riverside Cemetery.

Memorial donations may be made to Winchendon Fire Department, 405 Central Street, Winchendon.

To order memorial trees or send flowers to the family in memory of Kenneth A. Tuttle, please visit our flower store.