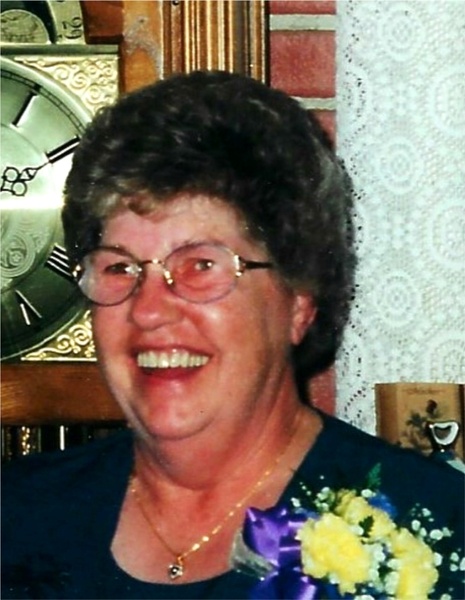 GARDNER – Judith E. Brunell-Barnes, 79, died of respiratory failure unrelated to COVID 19 with her family at her side.

She was born in Fitchburg on March 14, 1941, daughter of the late Uno and Grace (Miller) Junka and grew up in Fitchburg.  She was of Finnish/French descent.  Judy lived in Ashburnham and Gardner for many years.

Judy was commended for her hard work many times over her twenty years of employment at Stop and Shop Groceries until her retirement.  She was an avid bingo and cribbage player and always enjoyed a game of chance.  She was a true fan of all the New England sports teams—the Red Sox being her favorite.  She requested a Red Sox jacket for Christmas.  Her greatest enjoyment was spending time with her grandchildren and great grandchildren. Not known for her cooking, she will be remembered for her love of fried clams and a good hot fudge sundae. She will also be remembered for her loud cheering for her children at their sporting events. She had a fabulous voice in the crowd.

Her husband, James Barnes, died in 2004.  She’s survived by five children, Gene Brunell, Lisa Gonzales, Sheila Allaire, Timothy Brunell, and David Brunell and their significant others, eleven grandchildren, and eight great grandchildren.  She also leaves behind many nieces and nephews, and her lifelong friend Patricia Guertin.

A Celebration of Life will be held Saturday, January 23, 2021 from 1 to 3 P.M. in Stone-Ladeau Funeral Home, 343 Central Street, Winchendon.

Burial will be in East Street Cemetery, Petersham at a later date.

Memorial donations may be made to:

Please click here to view the video tribute
To order memorial trees or send flowers to the family in memory of Judith E. Brunell-Barnes, please visit our flower store.