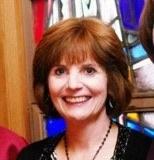 WINCHENDON - Judith A. (Harpp) Sarkovics, 67, of 390 Welch Road, died peacefully Tuesday afternoon, March 13, 2018 in Gardner Rehabilitation and Nursing Center, Gardner, with her family at her side.

She was born in Plattsburgh, New York on October 30, 1950, daughter of the late Robert and Nina (LaPlante) Harpp and graduated from Saranac Central High School.  In later years, Judy graduated from Norwich College and earned her Master's Degree from Eastern Nazarene College.  She was a resident of Winchendon for 30 years.

Judy worked as an elementary school teacher and mostly taught second grade for many years at Memorial School in Winchendon until her retirement four years ago.  In earlier years, she worked as an office cashier for K-Mart while living in New York.  Judy enjoyed collecting angels, watching birds, walking and being a grandmother.  She loved getting moose tracks ice cream at Kimball's with her granddaughter Abigail.  She and her family took annual trips to the Adirondacks.

Please click here to view the video tribute
To order memorial trees or send flowers to the family in memory of Judith A. Sarkovics, please visit our flower store.