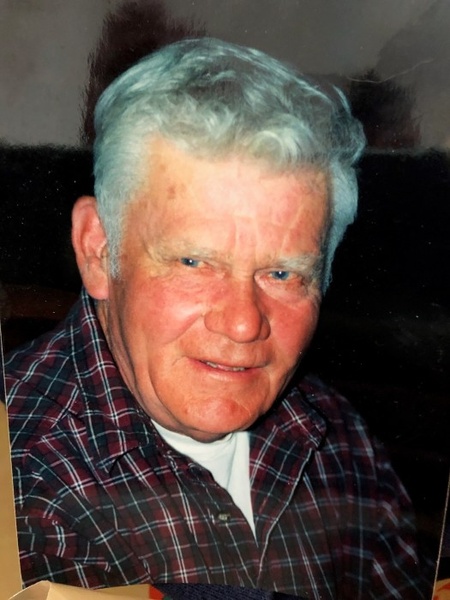 ORANGE – Joseph W. Keresey, 89, of 519 East River Street, died peacefully Monday morning, March 11, 2019 in Heywood Hospital, Gardner, with his family at his side.

He was born in Gardner on June 12, 1929, son of the late Joseph and Annie (Brett) Keresey and was a 1947 graduate of Gardner High School.  Joe proudly served his country as a member of the United States Army during the Korean War.

For many years, Joe worked as a heavy equipment operator in several communities in the Boston and Springfield areas, retiring from Northwest Excavating in Acton.  Joe had respectfully earned the nickname of “Dozer Joe.” He enjoyed skiing and ski jumping, which he did for years, as well as trout fishing.  Joe will be remembered as a wonderful husband, loving father and grandfather, who went out of his way to help his family.

He leaves his wife of 30 years, Marilyn B. (Messier) Keresey; ten children, Susan Gaylord of Spofford, NH and her children Tara-Joe Westphall and Brett Gaylord; Robert M. Goderre of West Chesterfield, NH and his children Kimberly Candib, Jennifer Thuermer, Shane and Joseph Goderre;  Michael A. Goderre and his wife Ellie of Winchendon and their children, Michael, Daniel and Andrew Goderre and Sarah Dellasanta; Michael LeBlanc and his wife Angela of Ashburnham and their children Jeremy and Megan LeBlanc, and Kelsey Hypolite; Tammy Coller of Orange and her daughter Amanda Belliveau; Steven LeBlanc and his wife Susan of Ashburnham and their children Nicole Bishop and Steven and Lindsay LeBlanc; Gina Beauregard of Gardner and her children Andre and Christina Beauregard and Samantha Bourgeois;  Mary Ann Malo-Wells of Orange and her son Adam Marino Malo-Lopes; Kristi Wall and her husband Keith of Worcester and their son Cassidy Wall, and Heidi Malo-Culkin of Baldwinville and her daughter Cassie Mantyla and 25 great grandchildren.  His first wife, Agnes “Pat” Keresey, died in 1986 and a brother, Charles Keresey also predeceased him.

Memorial donations may be made to the charity of one's choice.

To order memorial trees or send flowers to the family in memory of Joseph Keresey, please visit our flower store.