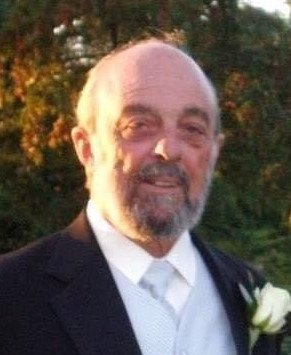 TEMPLETON – John L. Basso, 80, Baldwinville, died peacefully Friday morning, April 24, 2020 in his home with his loving children by his side. He is now reunited with his wife Sally (Wetzler) Basso who passed away March 29, 2009.

He was born in Gardner on February 21, 1940, son of the late John and Marguerite (Cherichetti) Basso and was a 1958 graduate of Narragansett Regional High School.  Following graduation, he enlisted in the United States Navy, serving from 1958 to 1960 aboard the USS Yosemite, and from 1960- 1962 aboard the USS Roan. He was a Vietnam Veteran.  As a younger man John served as a fire fighter on the Winchendon Fire Dept. for many years. John was a retired union carpenter and had also retired from the Massachusetts Department of Corrections. An avid hunter and fisherman, John also enjoyed riding his Harley and spending time with his dog Oscar.  He truly enjoyed spending time at his camp in Maine.  John was a member of the American Legion in Baldwinville.

Please click here to view the video tribute
To order memorial trees or send flowers to the family in memory of John L. Basso, please visit our flower store.