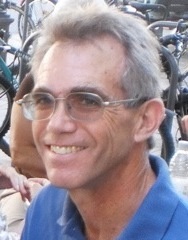 He was born in Patterson, New Jersey on June 5, 1950, son of the late Lt Col. John J. and Irene M. (Gumkowski) Pankosky and was a graduate of Notre Dame High School in Fitchburg and Worcester Polytechnic Institute with a degree in mechanical engineering.  Jack has lived in Ashby for most of his life.

Jack  worked for many years as the solid waste superintendent for the Town of Ashby.  He took a major role in assisting Ashby’s sense of community through his official media and transfer station positions..  Jack had his construction superviser's license and had worked as a general contractor.  Jack was a member of Massachusetts Democratic Party and had attended state conventions.  He had served in the Massachusetts Army Reserves and was fond of his elkhound "Sassy.” He had a passion for literature, nature and music.

He leaves two sisters, Jane E. Pankosky of South Boston and Mary Aubuchon of Winchendon and her daughter Irene Lawrence and her husband Ivers of Royalston and their two children, Natalie and Ivers.  Jack also leaves his dear friend, Vicki Warner of Leominster.

Graveside services will be private in Glenwood Cemetery.

Memorial donations may be made to Ashby Free Public Library, 812 Main St., Ashby, MA 01431 in lieu of flowers.

To order memorial trees or send flowers to the family in memory of John J. Pankosky, please visit our flower store.