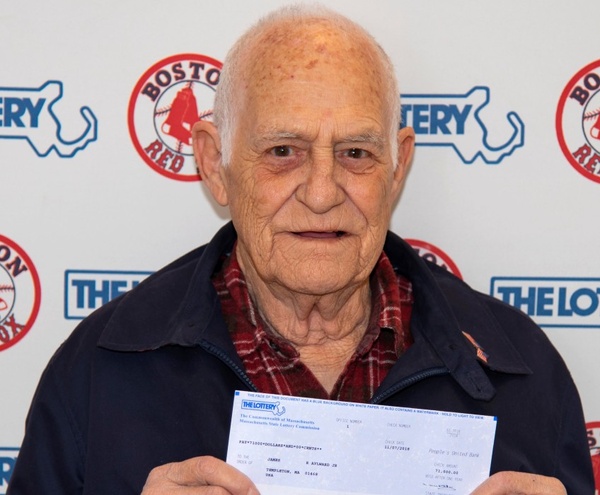 He was born in Winchendon on February 26, 1934, son of the late James R. and Rosina E. (Landry) Aylward.  He grew up in Templeton and Gardner, was an E. Templeton resident for 25 years, returned to Gardner for 15 years to the Colonial Apartments, where he was the head of maintenance, until moving back to Templeton four years ago.  He was educated in the Templeton and Gardner School systems and received his GED in 1978.

Jim proudly served his country as a member of the United States Air Force during the Korean War.  He was awarded the Korean Service Medal, Armed Forces Reserved Medal, Massachusetts Service Medal, United Nations Service Medal and National Defense Service Medal.  He later served in the National Guard for 25 years, retiring with 30 years of service in the military.  In the Guards, he obtained the rank of Sgt. First Class, E7.

Jim had worked for the State of Massachusetts for 20 years as a mental health worker in Gardner, Worcester and Rutland.  Prior, he worked at the Gardner City Hall and various furniture factories in the Greater Gardner area, including 14 years at Heywood Wakefield.   He was a life member of Ovila Case Post 905 VFW and American Legion in Gardner and the American Legion Post in Baldwinville.  Jim was a former member of the Eagles and Masons.  He cherished time with his family, loved following the Boston Red Sox on television, trips to Foxwood, and playing the Massachusetts State lottery.

His wife of 57 years, Evelyn J. (Salvas) Aylward, died in 2016.  He leaves five children, Janet R. Haley and her husband Jonathan of Templeton, James R. Aylward III and wife Elaine of Nashua, NH, Joan R. Sears and husband Daniel and their children, Adam of Orange, MA, and  Michael and Jason of Baldwinville; Julie R. Richard and husband Michael and their children Sarah and Sean of East Templeton,  and Jennifer R. Belliveau and husband Dale Sr and their children Dale Jr, Darren, Derek and Danielle of Baldwinville; four great grandchildren; two  brothers John Aylward of Royalston and Raymond Aylward of Gardner; two sisters, Emily Inferrara of Georgia  and Mary Ann Wood of New Hampshire;  and several nieces and nephews.  In addition to his wife, he was predeceased by a son, John Aylward in 2014; three brothers, Edward Aylward, Elmer “Lee” Aylward and Richard Aylward and two sisters, Blanche Benware and Patricia Tinker.

Calling hours will be held Monday, March 4, 2019 from 10 AM to 12 Noon followed by funeral services at 12 Noon in Stone-Ladeau Funeral Home, 343 Central Street, Winchendon.  The Rev. Francis A. Roberge will officiate.  Burial, with military honors, will follow at 1 PM Monday in Massachusetts Veterans’ Memorial Cemetery, Winchendon.

A reception will follow at Kamaloht Restaurant in East Templeton.

Please click here to view the video tribute
To order memorial trees or send flowers to the family in memory of James R. Aylward Jr., please visit our flower store.