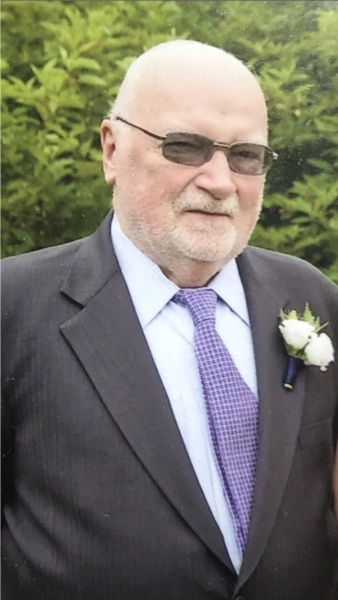 WINCHENDON - On Saturday, March 27, 2021, our beloved father, James Francis Maybury, Jr., (Jim), passed away at the age of 83 at NHC Healthcare, Bristol, VA. God blessed him with a long, full life.  Jim was born to James Francis Maybury and Harriet Katherine (Smith) Maybury on June 11, 1937 in Springfield, MA. He attended Classical High School, New England College, and American International College, in Springfield and was valedictorian of his class at American International College. Jim served our nation honorably in the United States Air Force from 1960 to 1964, during which time he learned Chinese at Yale University’s Institute of Far Eastern Languages and was a voice intercept operator listening to Chinese aircraft transmissions while stationed in South Korea.  Jim attended the University of Massachusetts at Amherst, receiving a Ph.D. in English and American Literature. He was an English professor at Franklin Pierce University in Rindge, NH for over 40 years and was “torch-bearer” (faculty marshal) for years.  During his career, Jim spent three different years teaching in China, at Heilongjiang University in Harbin, Shanghai Teachers University in Shanghai, and Zhejiang University in Hangzhou. He had a deep love for Chinese culture.

Jim lived for over 30 years at his beautiful home on Lake Monomonac in Winchendon, MA, first with his second wife, Mary, and then for over 25 years with his third wife, Gloria. Each year, he and Gloria loved to entertain colleagues from Franklin Pierce, Rotary Club, as well as family and friends at their lake home.  They were also faithful visiting their children and grandchildren semiannually bringing joy and fun. He loved watching all sports, was a fan of the New England Patriots, Boston Red Sox, Bruins, and Celtics, and especially loved going with his son and grandchildren to Fenway.

Jim was a man of great faith and devotion to the Catholic Church.  He was a long-time member of the Immaculate Heart of Mary Church in Winchendon, where he sang in the choir.  After moving to Bristol, VA to be near his daughter and grandchildren, he discovered the Catholic channel EWTN, which gave him such enjoyment.

Jim was talented, intelligent, kind, and generous.  He knew many foreign languages, including Chinese, Greek, Latin, French, Spanish, Italian, and German, often reading the Bible in the mornings in original Hebrew and Greek. He loved to regularly translate foreign works with his dear friend Dick White.  He played piano beautifully and loved classical music.  Family fondly remembers him playing Scott Joplin’s “The Entertainer” at their home on Charlonne Street in Jaffrey, NH.  Jim had a love of reading and studying. He had an impressive library in what he called his “Lake Room,” which overlooked Lake Monomonac and had his baby grand piano. In recent years, he enjoyed biographies, in particular Presidential and Catholic biographies, carrying one or more with him everywhere he went.

Jim travelled extensively throughout Asia, Europe, and North America.  Besides China, his favorite destinations were Italy and Austria. He lived life to the fullest, enjoying museums, cathedrals, and fine dining, at each of his destinations.

Jim encountered various struggles along the journey of life, including losing two spouses to cancer and managing underlying depression through continual treatment and therapy.  He learned to make the most of the joys life has to offer.

A Mass of Christian Burial will be held at the Immaculate Heart of Mary Church in Winchendon, MA at 11:00 a.m. on Saturday, July 24, 2021 preceded by receiving hours from 9:30-10:30 a.m. in Stone-Ladeau Funeral Home, 343 Central Street, Winchendon.   Burial will follow the mass in Riverside Cemetery.

In lieu of flowers, the family asks that donations be made to Franklin Pierce University or Literacy Volunteers of the Montachusett Area.

Please click here to view the video tribute
To order memorial trees or send flowers to the family in memory of James F. Maybury Jr., please visit our flower store.