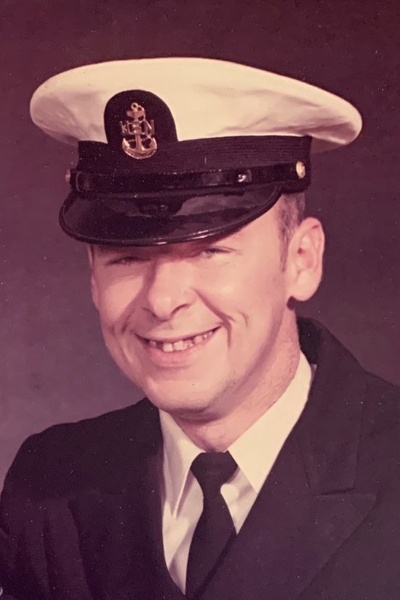 He was born in Framingham, MA on July 31, 1941, son of the late Earl J. and Vera F. (Leach) Kelley and had lived in Royalston for 20 years.  Jim had previously lived in Athens, VT for over twenty years, following his retirement from the Navy.

Jim proudly served his country as a Master Chief in the United States Navy from 1958 to 1980.  Following his military service, he worked as a police officer and dispatcher in Bellows Falls, VT.  and as a constable in Athens, VT. and as a deputy sheriff in Windham County, VT.  Jim was a life member of Winchendon Rod and Gun Club and a long time member and water aerobics enthusiast at the Wendell P. Clark YMCA in Winchendon.  He was a graduate of Chesapeake Community College in Chesapeake, VA.  Jim enjoyed hunting, fishing and spending time with his family.

He leaves his wife of 57 years, Priscilla (Holdsworth) Kelley; two children, Kathleen Costello and her husband Michael of Nottingham, NH and James E. Kelley II and his wife Joanna of Shrewsbury; five grandchildren, Jim III of Templeton, Scott of Boylston and Mikey of Athol, Connor Costello of Beverly and Terri Costello of Nottingham, NH; four great grandchildren; a sister, Joan Greene of Mystic, CT; a brother, Joe Kelley of Brockton, as well as nieces and nephews.

Graveside services, with military honors, will be held Thursday, November 21, 2019 at 1 P.M. in Jonas Alliene Cemetery, Royalston.  A reception for family and friends will follow at the Carriage House Restaurant, 660 Spring Street, Winchendon.

To order memorial trees or send flowers to the family in memory of James E. Kelley, please visit our flower store.