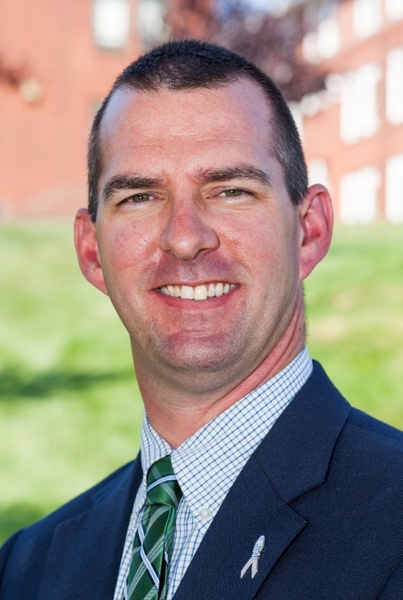 ASHBURNHAM - James B. Kaehlert, 43, of 39 School Street, died peacefully at his home Wednesday morning, April 5, 2017 , surrounded by his family, after a ten month valiant battle with colorectal cancer.

James was born in Biloxi, Mississippi on October 13, 1973, son of the late Ronald K. and Karen (Jackson) Kaehlert.  He graduated from Pal Bay High School in Palm Bay, FL and Lenoir-Rhyne University in Hickory, NC.  He later received his Masters Degree from Wesleyan University in Middletown, CT  in Liberal Studies with a concentration in Biology.

James worked at Avon Old Farms School in Avon, CT as a science teacher  and head athletic trainer and dorm parent.  For the last nine years, James has worked at Cushing Academy.  At Cushing, he worked in a variety of roles, always keeping his love of students front and center.  He was science teacher, head coach for JV soccer, assisted with JV baseball, athletic training, soccer and baseball.  He also worked as an advisor to students and worked in the library.

James had a gift of relating to young people.  He was former Cub Scout leader for Pack 12 in Ashburnham and was involved in its Pinewood Derby.  He was a member of the National Athletic Trainers Association.

Recently, James was a  beneficiary of the Ashburnham-Westminster Community Benefit.  Over the last year of his illness, James and his wife lived by the slogan "Live Your Life.  Do What Makes You Happy.  Make Memories."

A memorial service will be held Monday, April 10, 2017 at 3 P.M. in the Watkins Field House at Cushing Academy, Ashburnham..

Memorial donations may be made to the Kaehlert Children Education Fund.  Checks can be made payable to Heather Kaehlert and sent to 39 School Street, Ashburnham, MA 01430.

To order memorial trees or send flowers to the family in memory of James B. Kaehlert, please visit our flower store.