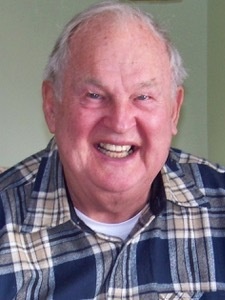 He was born in Gardner on July 23, 1930, son of the late Aldy and Agnes (Rivard) Fontaine and was a graduate of Gardner High School, where he was captain of its swim team.  He lived in Baldwinville for many years and had also wintered on the Florida Keys for several winters.

Jim proudly served his country as a member of the United States Navy during the Korean War.  Jim operated the former Fontaine Brothers Furniture  Co and later owned and operated Pilgrim House Furniture in Templeton.  Jim was an avid swimmer and he also enjoyed boating, sailing and fishing.

A private graveside service will be held in the spring in St. Joseph's Cemetery, Plymouth.

To order memorial trees or send flowers to the family in memory of James A. Fontaine, please visit our flower store.