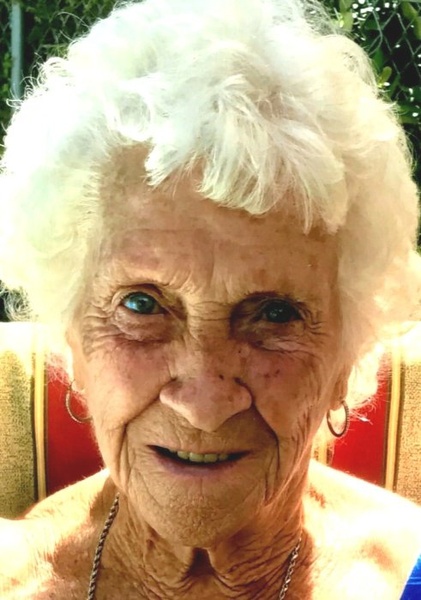 WINCHENDON - Honorine A. "Kiki" Whitney,  89, of 425 West Street, died peacefully Thursday, February 1, 2018 in Brigham and Women's Hospital, Boston, with her family at her side.

She was born in Winchendon on January 20, 1929, daughter of the late Frederick and Edna (Page) Brow and graduated from Murdock High School in 1947.  Kiki was a lifelong resident of Winchendon.

Kiki worked as an assembler for several years at Kammensteins until her retirement.  In earlier years, she worked at Early American Craftsmen.  Her hobbies were making May baskets, fishing and canning tomatoes.  An avid Red Sox fan, she enjoyed snowmobiling in her younger years.

Her husband of 57 years, Walter J. "Jim" Whitney, Jr, died in 2007.  She leaves three children, Lois C. Plante of Winchendon, Nancy L. Coderre and her companion Terrance Monahan of Winchendon and James F. Whitney and his wife Timi of Winchendon; eight grandchildren, 10 great grandchildren and several nieces and nephews.  In addition to her husband, she was preceded in death by a brother, Frederick Brow Jr and a sister, Jeanette "Sally" Paul.

Calling hours in Stone-Ladeau Funeral Home, 343 Central Street, Winchendon are Wednesday from 11:30 AM to 1:30 P.M. preceding the funeral.

Please click here to view the video tribute
To order memorial trees or send flowers to the family in memory of Honorine A. "Kiki" Whitney, please visit our flower store.