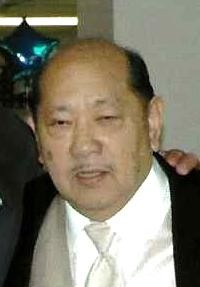 He was born in Asan, Guam on February 19, 1944, son of the late Hermenigildo and Chrispina Fejerang and lived his early years in Guam before his family moved to San Diego, where he grew up.

Harold worked as a cook for most of his life.  He worked for Scripps Institute of oceanography for many years and later owned his own restaurant in Eugene, Oregon and San Diego.  At one time, he worked for Locklear Aviation.  Harold was talented in drawing and enjoyed working in his garden, fishing and shooting pool with his friends.  His greatest enjoyment was spending time with his family.  He attended First Congregational Church.  A very caring man, Harold had lots of friends.

He leaves his wife of three years, Cynthia Thayer; children, Sheila Ann Philips of Oklahoma, Toby Douglas Richards of CA and James Douglas Fejerang of CA; two stepchildren, Jackie Corser of Athol and Jonathan Robinson of FL; several grandchildren and a great grandchild.  Harold was predeceased by a daughter, Lisa Pena; a brother and two sisters.

A private memorial service will be held.

To order memorial trees or send flowers to the family in memory of Harold Douglas Fejerang, please visit our flower store.