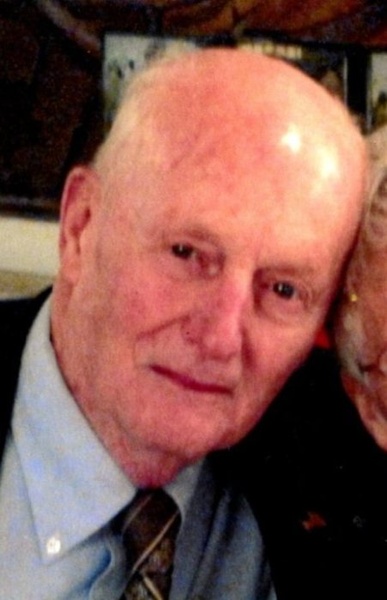 TOWNSEND -  Gerald T. Flavell, 82, of 70 Dudley Road, formerly of Winchendon, died Friday evening, May 4, 2018 in St. Mary's Healthcare, Worcester, with his family at his side.

He was born in Whitman, Massachusetts on September 12, 1935, son of the late William and Ruth (Evans) Flavell and grew up on Cape Cod.  During high school, Gerry enlisted in the United States Air Force to serve in the Korean War.  Gerry lived in Winchendon for several years until moving to Townsend eight years ago.

Gerry had worked two jobs for many years.  He worked as a machinist at Mohawk Wire and Cable and later at DEK in Gardner until his retirement.  He also worked for many years as a charter bus driver for Wilson Bus Lines in East Templeton.  Gerry enjoyed motorcycling, boating, fishing, going to flea markets and antique car shows.

He leaves two daughters, Karen E. Cormier and her husband Gerard of Ashby and Lisa M. Paquet and her husband Stephen also of Ashby; a sister, Mary Hawthorne of Presque Isle, ME; his beloved soulmate, Charlotte Murphy of Townsend; five grandchildren, five great grandchildren and several nieces and nephews and close friends.  He was preceded in death by two brothers, John Flavell and David Flavell.

A Mass of Christian Burial will be held Saturday, May 12, 2018 at 1 PM in St. John the Evangelist Church, 1 School Street, Townsend.  There are no calling hours.

A  private burial, with military honors, will be held in the Massachusetts Veterans' Memorial Cemetery, Winchendon.

To order memorial trees or send flowers to the family in memory of Gerald T. Flavell, please visit our flower store.