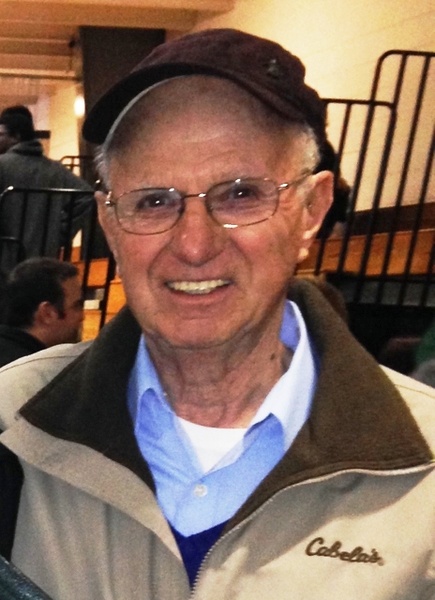 WINCHENDON - It is with great sadness that the family of George Edward Ossenfort Sr., 83, of Winchendon, formerly of Ashburnham, announce that he passed away October 1st after a long struggle with Pulmonary Fibrosis.  George was born in Amityville, New York in 1934.  He was the son of the late Edward and Ellen (Davis) Ossenfort.  He graduated from Amityville High School and attended Rensselaer Polytechnic Institute in Troy, New York.  He worked as a civil engineer for Davis Construction in Hicksville, New York and was also  the owner of The Valley Marina in Rindge, NH.  He also worked in Real Estate at DeNault Century 21 Real Estate in Lunenburg, Massachusetts.

George was an avid hunter and also enjoyed golf and tennis.  His sense of humor was unrivaled and unforgettable.  He was a great man.

A calling hour in the funeral home will precede the funeral Wednesday from 11 AM to Noon.

The family extends special thanks to the kind and attentive staff at VNA Hospice.

In lieu of flowers, memorial donations may be made to the Pulmonary Fibrosis Foundation http://www.pulmonaryfibrosis.org/ways-to-give

Please click here to view the video tribute
To order memorial trees or send flowers to the family in memory of George Edward Ossenfort Sr, please visit our flower store.