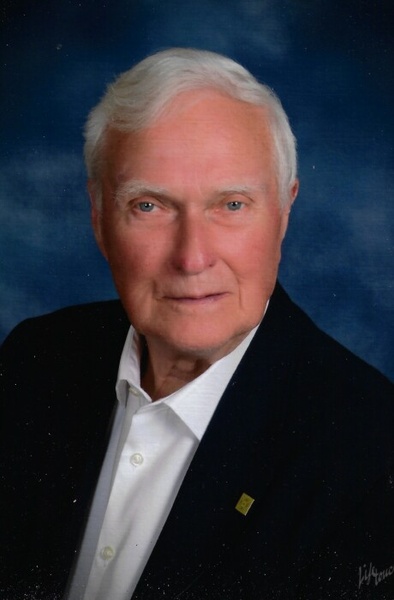 GARDNER - G. Albert Anderson, 91, recently of 547 Central Street, Winchendon, died Friday evening, September 18, 2020 in Heywood Hospital, Gardner, with his family at his side.

He was born at home in Gardner, Massachusetts on September 1, 1929, to the late George Y. and Elsa L. (Garell) Anderson. Al attended Gardner schools and went on to receive his BSME from the Worcester Polytechnic Institute in 1951. He worked in New York City for Ingersoll-Rand Co. prior to returning to Gardner in 1954 to work as product engineer and later Vice-President of the Collier-Keyworth Co.

Al married Nancy Wright on June 28, 1952, and together, they were blessed with over 60 years of marriage until Nancy’s passing in 2012. His son, Mark, of Houston, Texas also pre-deceased him in 2014. He is survived by Ellen Johnson (Kenneth) of Gill; Nils Anderson (Karen) of Gardner and his brother, Arnold Anderson (Norma) of Lake Wallenpaupack, Pennsylvania. He leaves behind seven grandchildren: Erik, Jeffrey, Johanna, Nils T., Birgitta, Christine and Cameron. He knew and appreciated many, many members of the community from all walks of life who will feel his absence.  He will be especially missed by his dear friend, Carol Denney.

Al believed that, as a follower of Christ, his calling was to lift up and improve lives and conditions in his community: “leave the world in better condition than you found it.” To this end, he pursued fund raising for scholarships at WPI. He was also active in the Friends of Gardner High School Scholarship committee, and the Gardner High School Band Alumni Association. In addition to education, he served Gardner’s Heywood Hospital as a member and former President of the Board of Trustees. He was a dedicated, lifelong member of the Lutheran church where he gave of his time, talent and treasure.

Al recognized his civic obligation to be politically active, and was a lifelong Republican. He received the Greater Gardner Chamber of Commerce Lifetime Achievement Award (2004), where it was humorously noted by the evening’s MC that the award was signed exclusively by Democrats. As a Massachusetts resident, he certainly knew the importance of being a friend across the aisle while maintaining one’s political integrity.

The fondest times of Al’s life revolved around sailing. He and Nancy sailed a Flying Dutchman for many years together on Lake Monomonac in Rindge, NH, and also in and around Nantucket Harbor.  He raced his boat in the Olympic trials of 1963 for the sport of it. Additionally, he and Nancy sailed in the Caribbean with good friends over the course of many years.

Due to the COVID 19 Pandemic, a private funeral service for family members only will be held Thursday, September 24, 2020 at 11 A.M.  in Stone-Ladeau Funeral Home, 343 Central Street, Winchendon.  Burial will follow in Green Bower Cemetery.

Donations in his honor may be made to the Memorial Fund of Faith Lutheran Church in Gardner, Massachusetts or to the Gardner CAC.

Al’s family cordially invites his many friends to view his funeral service on the Stone-Ladeau Funeral Home website Thursday at 11 A.M. by clicking https://webcasts.lifetributes.com/1091870 .

To order memorial trees or send flowers to the family in memory of G. Albert Anderson, please visit our flower store.
Open