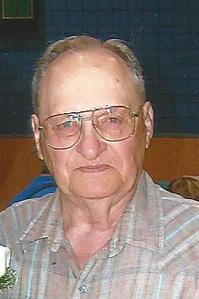 WINCHENDON - Francis J. Oates, 92, of 286 Front Street, died peacefully Monday evening, March 20,2017 in Baldwinville Nursing Home, with his family at his side.

A lifelong resident of Winchendon, he was born on October 4, 1924, son of the late Fred and Lillian (Brow) Oates and was educated in Winchendon schools.

Francis proudly served his country during World War Two as a member of the United States Army Air Corps.  He served with the Pathfinder Squadron as an aide to the commander.  He had operated a family trucking business.  Fran was a member for over 70 years of Eugene M. Connor Post 193 American Legion and was a member of Lt Frederick Wilder White Post 2158 VFW.  He was a past president of Winchendon Rod and Gun Club and had been a member of St. Laurent Camping Association.  His hobbies were woodworking, puttering, playing bingo and making trips to Foxwoods.

Graveside services will be held later in the spring in Riverside Cemetery at the convenience of the family.

Memorial donations may be made to Winchendon Little League, 295 School Street, Winchendon, MA 01475.

To order memorial trees or send flowers to the family in memory of Francis J. Oates, please visit our flower store.