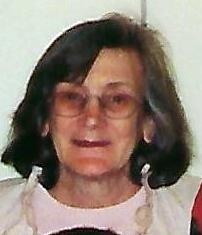 She was born in Templeton, MA on October 17, 1938, daughter of the late Henry and Letina (Seeley) Hook and was a member of the last graduating class of the former Templeton High School.  She had lived in Ashburnham for many years.

Frances worked as a waitress many years ago.  She was a member of Ashburnham Community Church and its Women's Auxiliary and Holiday House.  For many years, she made the laurel wreaths, which hung on the front doors of the church.  A former Girl Scout and Cub Scout leader, she loved spending time with her family, making crafts and spending time at Moosehead Lake in Rockwood, Maine.

Funeral services in the funeral home will follow at 6 P.M. with the Rev. William Ault officiating.

Burial will be in New Cemetery, Ashburnham in the spring

Please click here to view the video tribute
To order memorial trees or send flowers to the family in memory of Frances E. Pierce, please visit our flower store.