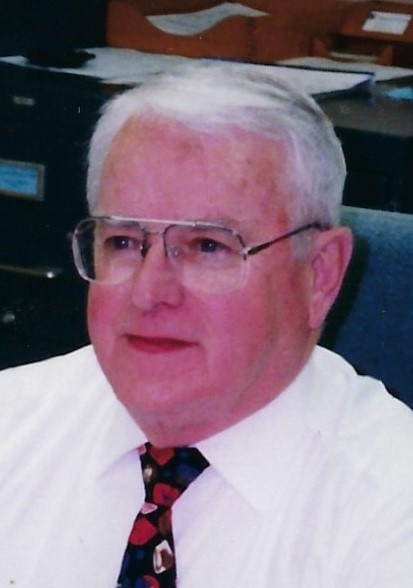 WINCHENDON – Eugene Clayton May, 87, of 3 Center Lane, died peacefully at home Wednesday evening, February 12, 2020 with his family at his side.

He was born in Keene, NH on August 20, 1932, son of the late Harold M. and Dora B (Quinton) May and grew up in Athol.  Gene was a 1950 graduate of Athol High School and was a member of its undefeated football team in 1949.  He was named to North Worcester and Western Mass. All Star teams and was inducted to the Athol High School Hall of Fame later in life.  Gene lived in Athol of many years lived in Ashburnham for ten years and had lived in Winchendon for the last ten years.

Gene proudly served his country as a member of the United States Army during the Korean War and was stationed in Alaska.  During his business career, her worked for Union Butterfield as product manager and manager of manufacturing and then worked for 12 years at Niagra Cutter as sales director until his retirement in 1999.  He was member of the Athol High School Boosters and was a member of the American Cribbage Congress, and was tournament champion in 1996 in Greenfield, MA.  He had been a director and coach of the Athol YMCA little league team for 9 years.

He leaves his wife of 37 years, Jean P. (Day) May; his children, Michael May and his wife Jan of Feeding Hills, MA, Cynthia Savoy and her husband Steven of Royalston, Kathleen May of Spencer, Susan Robichaud and her husband Brent of Athol; a stepdaughter Deborah Kaeppel of Greenfield; grandchildren, Chris, Sarah, Scott, Kate and Kelsey; a step granddaughter Allison Kaeppel and her partner Scott Bartlett; and great granddaughters, Aviana, Eliza and Alexys.  He was preceded in death by his first wife, Barbara (White) May, who died in 1981.

Funeral services will be private.  There are no calling hours.

To order memorial trees or send flowers to the family in memory of Eugene Clayton May, please visit our flower store.